The New York State Department of Environmental Conservation (DEC) today announced that the harvesting of shellfish, other than oysters, from the normally certified waters of Cold Spring Harbor in the Towns of Oyster Bay and ... 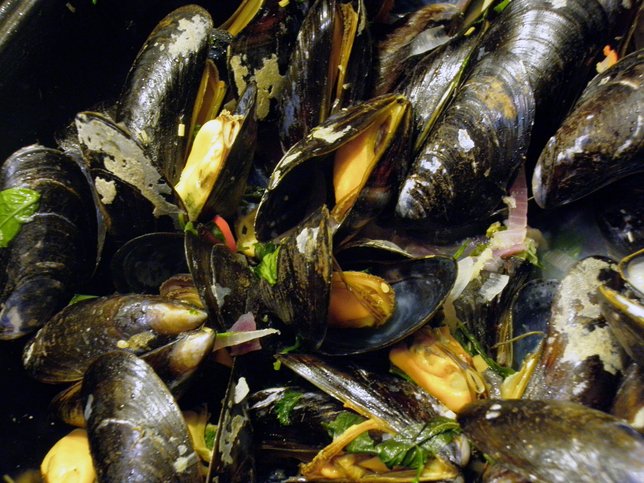 Long Island, NY - August 23rd, 2013 - The New York State Department of Environmental Conservation (DEC) today announced that the harvesting of shellfish, other than oysters, from the normally certified waters of Cold Spring Harbor in the Towns of Oyster Bay and Huntington is permitted, effective at sunrise, Saturday, August 24.

On June 29, approximately 4,800 acres of shellfish lands in Oyster Bay Harbor and Cold Spring Harbor on the north shore of Long Island were closed for the harvest of shellfish by DEC as a precautionary measure to protect public health. This closure was implemented following reports of shellfish-related illnesses associated with consumption of oysters and hard clams harvested from these areas. The illnesses were caused by the naturally-occurring, marine bacteria Vibrio parahaemolyticus (Vp), as confirmed by the New York State Health Department.

When ingested, Vp may cause diarrhea, nausea and vomiting, often accompanied by abdominal cramps, fever and chills. Symptoms usually occur within 24 hours of ingestion and full recovery may take up to a week. More severe illness may occur in people with compromised immune systems or underlying chronic medical conditions. To greatly reduce the risk of illness from Vp in shellfish, all shellfish (clams, mussels, oysters and scallops) should be thoroughly cooked.

Over the last few weeks, DEC collected hard clam samples from Cold Spring Harbor for testing at DEC's East Setauket laboratory and at a U.S. Food & Drug Administration (FDA) laboratory in Alabama. The results of the tests showed that Vp was no longer present in hard clams at levels considered hazardous to human health.

Based on these findings, DEC has partially rescinded the closure order that was implemented on June 29. The harvest of shellfish, other than oysters, is again permitted in approximately 2,400 acres of the normally certified areas of Cold Spring Harbor.

The harvest of all shellfish continues to be prohibited in approximately 1,100 acres of shellfish lands in Oyster Bay Harbor, lying westerly of a line extending from Plum Point (Centre Island) to Cove Point on Cove Neck and easterly of a line extending from Brickyard Point on Centre Island to the northernmost rock jetty lying north of the Town of Oyster Bay boat ramp in Theodore Roosevelt Memorial Park.

On August 17, DEC rescinded the closure of approximately 1,300 acres in the western portion of Oyster Bay Harbor (West Harbor) based on similar testing of clams and oysters. The harvest of shellfish, including oysters, was allowed to resume in the normally certified areas of Oyster Bay Harbor lying westerly of the Centre Island peninsula.

Additionally, information about temporary shellfish closures is available through a recorded message at (631) 444-0480. That message is updated when changes are made to temporary closures. More information on Temporary Emergency Shellfish Closures can also be found on the DEC's website.