Ann-dee's new EP, “Exile In Babylon," reflects the isolation one feels in relationships that don't always go well, and being out-of-step in strange new places. 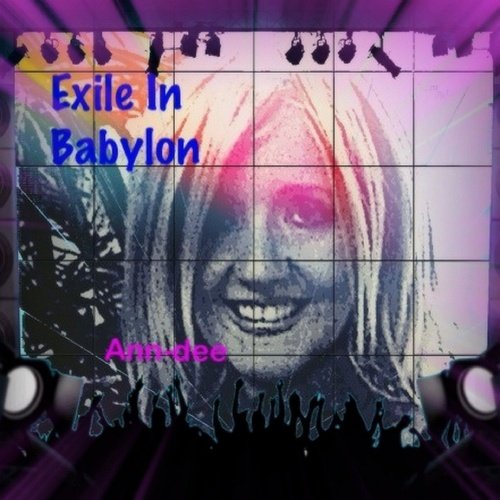 Glen Cove, NY - August 8, 2015 - Ann-dee's new EP, “Exile In Babylon," reflects the isolation one feels in relationships that don't always go well, and being out-of-step in strange new places. However, one can be reminded that one also needs to keep a positive attitude!

Being "exiled" additionally is a reflection of today's contemporary indie music scene, where indies have to compete with the major labels, though independent labels are breaking through the barrier in recent years.

It's also the idea of being caught up in a situation out of your control where being "exiled" can also actually represent a physical place of not being in one's home or "house," where one is comfortable. And the title too reflects "Babylon," a place where there is unnecessary hero worship of people who are extravagant, if not immoral, and money. Though the album ends on a track called the "Sun," which is reflective of hope and love that shines through in the end...

The first track, "It's Like Nothing," is a metaphor for the pondering of making a difference with one's existence-followed by the more aggressive "Get Out," where the perceived abuser in a relationship-is told just that.

"Rain," is an instrumental piece and reflects rainy days as part of life.

"You're Sorry Now," is an upbeat alternative rock sounding song, with "What You Say To Me," as more of a kind of disbelief in a relationship.

"So Crazy" also represents the reluctance yet acceptance and craziness of a relationship gone awry.