The aliens are coming to get you! Ann-dee releases new album “Drive To Xeon!" 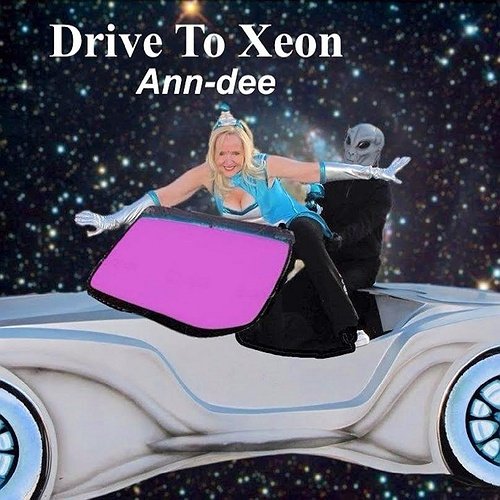 Glen Cove, NY - January 30th, 2015 - "Drive To Xeon,” is Ann-dee’s latest album, following her successful instrumental album, “Metro Jungle,” which was released in August of last year. The album consists of 11 explosive tracks, all with a driving dance beat, which is meant to get everyone’s heart pumping.

The album was inspired by the idea of space travel as the final frontier and the possibility of encountering extraterrestrials, who come in different varieties and, like humans, are both good and bad.

In the first track, “Coming To Get Me,” the song speaks of alien abduction by the so-called Grays, and the beat is layered with sounds of space; it also features Jimi Jimmy.  “Robot Shimmy,” is more of a party song, especially if one likes dancing with robots!

“Drive To Xeon,” follows as an instrumental.  Ann-dee said the track was inspired by the idea of traveling to Planet Xeon, with a feeling of total freedom and joy, like going on a vacation. “Hey, I’m Thinking Of You,” is more of a pop love song, and “Flying,” exemplifies the desire for freedom in flight.

“Pyramid Landing,” is an instrumental dance song, based on the idea of space people landing their ships on top of the Great Pyramids, while “In Your Eyes,” is about  having a meaningful relationship in human existence. “Robot Laughter,” and “Robot Discord,” are reflective of different robot points of view, and are both danceable and textured with the elements of space beats. “Robot Discord,” has a rock influence, but is peppered with discordant sounds, “meant to sound like robots arguing but dancing anyway!” says Ann-dee.

“Planet Shuffle Down,” conveys the idea of “astronauts,” trying to decide where to land their ships, and has a fun rhythm. “Drive To Xeon,” the last song on the album, with vocals, has a rock beat and an upbeat voice. Ann-dee says, “Give me a space ship and I’ll go!”

“The entire album is meant as a fun concept of space travel-with the exception of ‘Coming To Get Me,’’ of course. We CAN learn from a negative experience too. It’s all really a mystery anyway.”

The album was mixed and produced by Ann-dee and mastered by Grammy-nominated engineer Fred Guarino at Tiki Recording Studios, Glen Cove, NY.