The New York State Police Issue more than 21,000 Tickets during the Campaign to Crack Down on Speeding and Aggressive Driving. 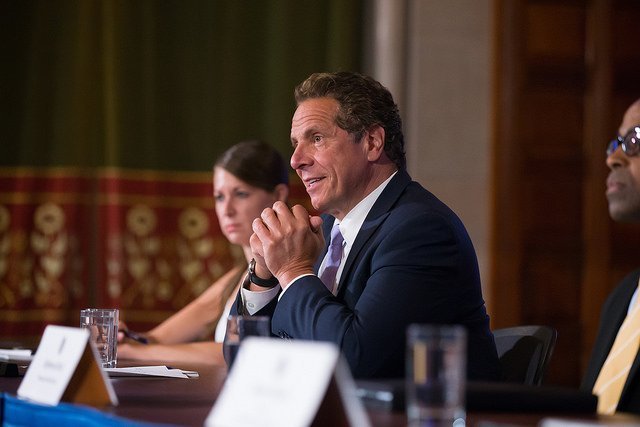 Albany, NY - August 11, 2017 - Governor Andrew M. Cuomo today announced the New York State Police issued 21,148 tickets during this year's "Speed Week" campaign. The special traffic enforcement period to prevent unsafe driving behaviors was conducted over a seven-day period from Wednesday, August 2 through Tuesday, August 8. Troopers issued 9,205 tickets for speeding, 348 for distracted driving and arrested 234 people for driving while impaired. State Police also responded to 268 personal injury accidents, which resulted in five fatalities and 393 people injured.
"Reckless driving puts everyone on the road at risk and with the Speed Week campaign, we make it clear that it will not be tolerated in New York," Governor Cuomo said. "State Police and local law enforcement continue to be diligent in their enforcement efforts to put the brakes on drivers who endanger others and disregard the law."
As part of this enforcement detail, Troopers targeted speeding and aggressive drivers across the state. Troopers watched for impaired and distracted drivers, vehicle occupants who were not properly buckled up, and drivers who violated the "Move Over Law," which requires motorists to exercise extreme caution when passing emergency vehicles that are stopped in or on the side of the road.
New York State Police Superintendent George P. Beach II said, "This traffic enforcement campaign serves as a reminder to motorists of the importance of safe driving, and the tragedies that can result by not following the law. Those who speed and drive recklessly will be held accountable."
The State Police supplemented regular patrols statewide, including the use of Concealed Identity Traffic Enforcement patrol vehicles to better locate drivers talking or texting on hand held devices. These unmarked vehicles blend in with every day traffic but are unmistakable as emergency vehicles once the emergency lighting is activated. During the August, 2016 Speed Week detail, State Police issued 21,636 total tickets, including 10,539 for speeding.
The Speed Week initiative is funded through the Governor's Traffic Safety Committee.
Here are the results of the campaign, broken down by Troop: 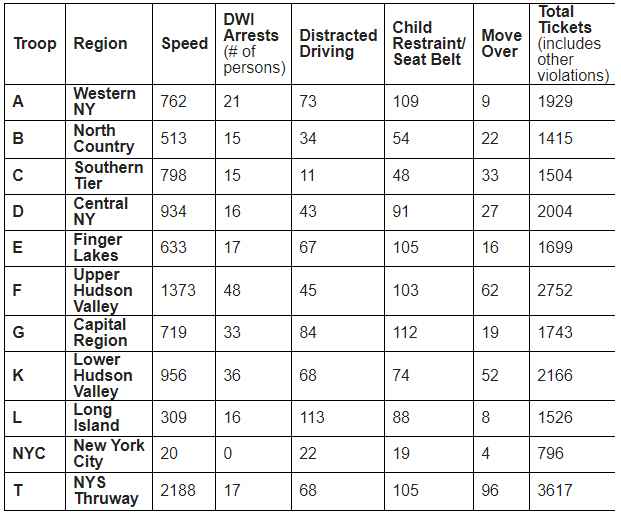