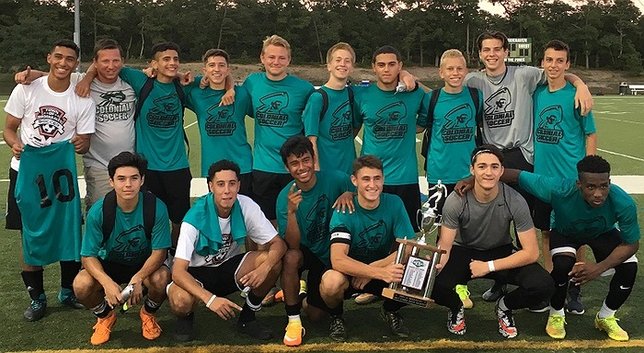 The team, led by head coach Paul Paniccia, finished with an 8-1 regular season record with an impressive 24 goals scored and just six allowed, followed by a masterful playoff run in which they won four straight to secure the title, scoring 14 goals and allowing just six. Between the regular season and the playoffs, the team also recorded six shutouts. This summer championship comes on the heels of the best season in the program’s history, in which the boys varsity Colonials secured a playoff berth for the first time in 24 years and also won their first playoff game ever with a 2-0 shutout over Newfield High School.