Schumer: Feds Should Appoint ‘zika Czar’ Who Can Head Virus Off At Pass; Planning Will Help Prevent Ebola-Like Panic This Spring & Summer 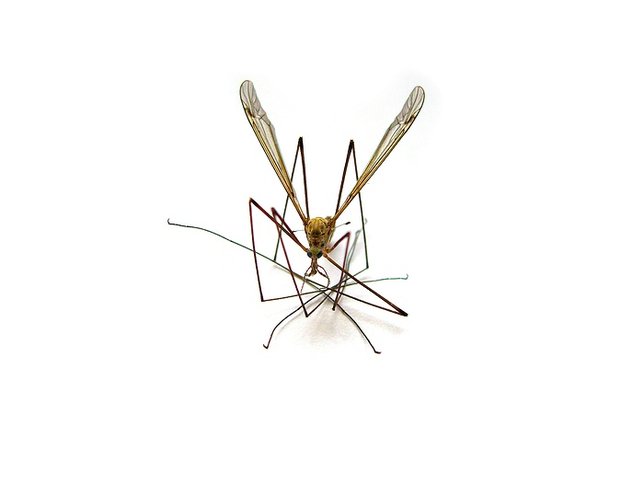 Schumer today also explained how installing a Zika Czar before mosquito season takes hold in the U.S. can help strengthen the U.S. response against the outbreak.

Albany, NY - February 15th, 2016 - U.S. Senator Charles E. Schumer today said that with dozens of Zika cases now confirmed in the U.S, the government must appoint a ‘Zika Czar’ who can coordinate between federal agencies, NGOs and foreign governments.

Schumer called on the White House to appoint a Zika Czar as soon as possible and charge them with the duty of leading prevention, response and treatment strategies to combat the virus’s spread. The Senator said a move like this could help prevent further spread of the Zika virus this Spring and Summer. Schumer today also explained how installing a Zika Czar before mosquito season takes hold in the U.S. can help strengthen the U.S. response against the outbreak.

Thus far, there have been over fifty cases of Zika in America, including approximately sixteen confirmed cases in New York. Schumer noted that officials at the WHO are concerned that up to four million people across the Americas could become infected with the virus over the next year.

“With dozens of Zika cases now in America, it’s time for the feds to step in and appoint a lead person who can rein in the outbreak before it spreads even further,” said Senator Schumer. “Just as we did following the Ebola outbreak, the feds should appoint a ‘Zika Czar’ to coordinate between agencies and help lead prevention, response and treatment strategies here in America – and abroad. Appointing a ‘Zika Czar’ now, ahead of mosquito season, will protect public health and help us prevent the Ebola-like panic we all remember.”

Zika virus is spread to people through mosquito bites. Mosquitoes become infected when they feed on a person who has already been infected by the virus. The Aedes aegypti has spread most of the cases; these types of mosquitoes have been found in Florida and Hawaii. The Asian Tiger mosquito, Aedes albopictus, is also known to transmit the virus; these types of mosquitoes have been found in New York and Chicago. According to the CDC, common symptoms include fever, rash, joint pain and conjunctivitis, however, the virus may cause more serious risks to those who are pregnant.

It is possible that Zika virus could be passed from mother to fetus during pregnancy. The virus has been linked to birth defects, including microcephaly, a rare condition in which the baby’s head is abnormally small and can have brain damage. Microcephaly may not be detected until the end of the second trimester. According to media reports, approximately 4,000 infants in Brazil have been born with microcephaly since last spring. There is currently no treatment or vaccine available for Zika.

In May, the Pan American Health Organization issued an alert regarding the first confirmed Zika virus infection in Brazil. So far, approximately 1.5 million people have contracted the virus in Brazil. Zika virus has spread to more than two dozen countries including the Dominican Republic, El Salvador, Guatemala, Honduras, Mexico, Panama, Saint Martin, Venezuela and others. Earlier this month, the CDC issued an Alert- Level 2 Practice Enhanced Precautions travel warning about the risk of traveling to countries affected by the virus.

Earlier this month, the World Health Organization’s (WHO) Director General Margaret Chan  convened an International Health Regulations Emergency Committee on Zika virus as well as the “observed increase in neurological disorders and neonatal malformations” associated with the virus.

According to the CDC, there have been at least 52 reported travel-associated Zika virus disease cases in the United States. Their numbers do not include New York State’s 16 cases.   According to media reports, there have now been at least 16 confirmed cases of Zika in New York. The New York cases include individuals from New York City, Nassau County, Suffolk County, Orange County, Rockland County, Westchester County, Monroe County and most recently, Putnam County.

According to the CDC, the imported cases could result in local spread of the virus in the United States. The World Health Organization has said that the disease is “spreading explosively” in the Americas and estimates that up to four million people across the Americas could become infected with the virus over the next year.

Previously, Schumer called for a three-point federal plan aimed at containing the Zika virus. First, Schumer called on the U.S. Agency for International Development (USAID) to prioritize and increase its involvement in Zika-affected countries abroad in order to better prevent, contain and treat the virus. USAID is one of the lead government entities that works overseas to help improve global health, help societies prevent and recover from conflicts, and more.

Second, Schumer called on the Centers for Disease Control and Prevention (CDC) and the National Institute of Health (NIH) to focus resources to expeditiously develop a vaccine and to work alongside the private sector in doing so. Currently, there is no cure, treatment or vaccine available for Zika, which can be extremely serious to pregnant women because of possible birth defects—like microcephaly--linked to the virus. Lastly, Schumer successfully called on the U.S. to push the World Health Organization (WHO) to publicly declare a health emergency. On February 1st, the WHO official declared the outbreak a Public Health Emergency of International Concern soon after Schumer’s push.

Schumer today said that his 3-point plan, along with an installed “Zika Czar,” would help better fight this virus before it spreads further and more cases are brought to the United States. Schumer noted that following the Ebola outbreak, President Obama named former White House official Ron Klain to serve as the Ebola Response Coordinator, also known as, the “Ebola Czar.”

As “Ebola Czar,” Klain briefed the President on details of Ebola cases in America, including that of Craig Spencer who was admitted to New York’s Bellevue Hospital after testing positive for Ebola. Overall, Klain helped streamline communication between the CDC and other federal agencies to help with the monitoring and response process. Schumer said that a similar position should be implemented to help fight the Zika outbreak in America.