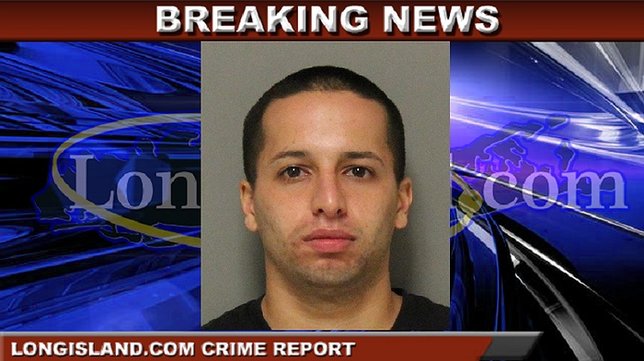 Shirley, NY - August 5, 2016 - On December 13, 2015, Trooper Fabio Daino was working a multi-agency All Terrain Vehicle(ATV) Pine Barrens Enforcement detail in the Town of Brookhaven with the Suffolk County Sheriff's Department.  At about 2:30 PM, while patrolling in the vicinity of State Route 25, near Brookhaven State Park, Trooper Daino observed four ATV’s and a Suzuki Motorcycle riding in a wooded area just north of State Route 25.  The vehicles exited onto State Route 25 and observed Trooper Daino on his marked State Police ATV.  The subjects fled in attempt to elude Trooper Daino and the two Deputy Sheriff’s also on the enforcement detail.  Trooper Daino lost sight of the vehicles as they continued operating in a reckless manner.

On February 14, 2016, Trooper Daino discovered that a video of the incident from 12/13/15 had been posted on Youtube by a frequent user of the Youtube site.  The individual operating the Suzuki Motorcycle was later identified as Kenny Martinez, age 27, of Shirley, NY.  Upon observing the several dozen videos posted by Martinez, it was apparent that he was intentionally instigating police and eluding them on a regular basis.