Hit-songwriter/performer, Robbie Dupree, and Don McLean are Tom Needham’s exclusive guests this Thursday on WUSB’s ‘The Sounds of Film.’ 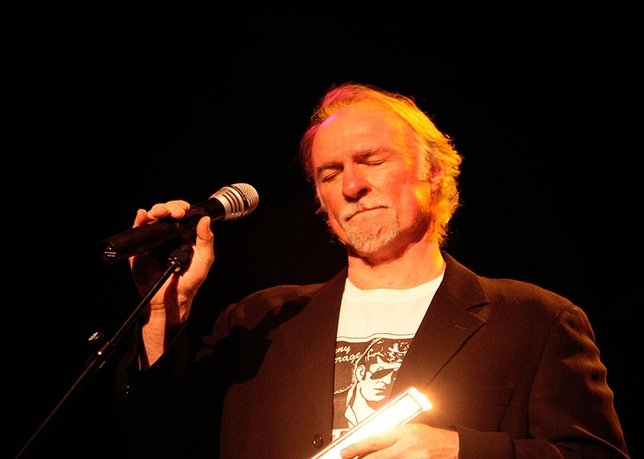 Stony Brook, NY - August 6, 2018 - Singer Robbie Dupree and Don McLean are Tom Needham’s special guests this Thursday at 6 pm on WUSB’s the ‘Sounds of Film.’
Brooklyn’s Robbie Dupree got his start playing in a band with Nile Rodgers called New World Rising in New York City. In 1978, he decided to peruse a solo career and moved to Los Angeles. In 1980, he signed with Electra Records. His self-titled album yielded two Top 10 singles, “Steal Away,” and “Hot Rod Hearts.” Based on this record, he earned a Grammy nomination for Best New Artist. Over the years, he has released 11 albums. His music has been featured in films like ‘Donnie Brasco ‘ and on TV shows like ‘Late Night with Jimmy Fallon.’ His latest album is called “Ordinary Day.”
Singer/songwriter Don McLean is best known for the hit song “American Pie.” A popular performer, he is also well-known for his songs “Vincent,” “Crying,” and “Castles in the Air.” Through the years, his music has been featured in the movies ‘Born on the 4th of July,’ and ‘Charlie Wilson’s War.’ He was also the subject of Jim Brown’s documentary, ‘American Troubadour: Don McLean.’
About the Sounds of Film
The Sounds of Film is the nation’s longest running film and music themed radio show. For the past 30 years, the program has delivered a popular mix of interviews and music to listeners all over Long Island, parts of Connecticut and streaming live worldwide on the internet. Past people interviewed for the show include Bobby Rydell, Ralph Macchio, Billy Joel, Vince Giordano, Nile Rodgers, Carter Burwell, Marilyn McCoo and Donny Most.