While the worst of the storm will pass to the west, Isaias’ high winds and coastal flooding effects remain high. 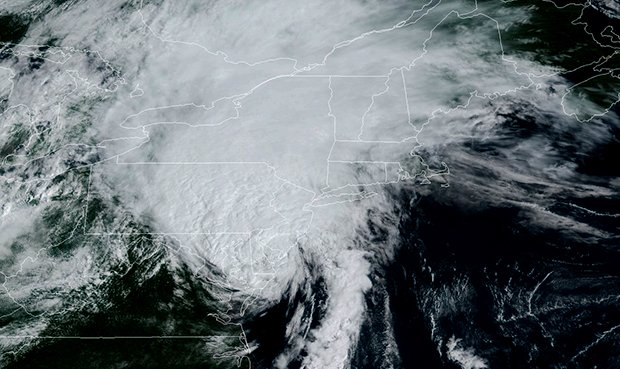 While the worst of the storm will probably pass to the west of us, Tropical Storm Isaias (pronounced ees-ah-EE-ahs) hit North Carolina yesterday with hurricane force winds and still poses a threat of damage and flooding to Long Island, including the possibility of tornadoes.

The National Weather Service (NWS) said that a tornado watch is in effect for Suffolk and Nassau Counties until 4pm today.

Isaias is expected to slowly weaken as it accelerates northeast today, according to the NWS. It is going to hit the area this afternoon and evening.

“However, confidence continues to increase with respect to the magnitude of local hazards and impacts,” the NWS report said with the main main threats involving heavy rainfall, strong winds, minor to moderate coastal flooding, along with high surf and dangerous rip currents.

The NOAA NWS National Hurricane Center Facebook page also reported this morning that data from Doppler weather radars along with surface observations indicate that maximum sustained winds remain near 70 mph with higher gusts. Tropical-storm-force winds extend outward up to 140 miles from the center of the storm, meaning Long Island is almost guaranteed to experience high winds.