On Long Island, you don’t have to go far to get yourself a great plate of lobster mac & cheese. 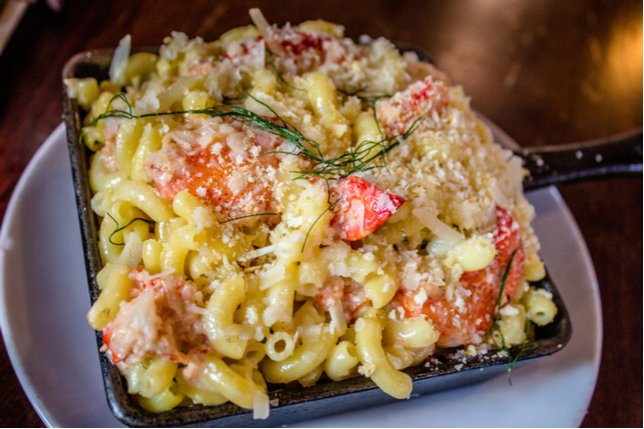 We’re suckers for good mac & cheese. Add lobster and you’re talking a whole new level of awesome. Get your lobster mac & cheese fix at any of these restaurants all over Long Island.

They have a Lobster Truffle Mac & Cheese appetizer at both locations.

Lobster Mac & Cheese is one the menu, described as fresh lobster baked into creamy, cheesy, macaroni topped with breadcrumbs and baked to perfection.

I Heart Mac and Cheese

The menu isn't available online but the company assured us that Lobster Mac & Cheese is on the menu in their Patchogue location.

You can add lobster to their truffled macaroni & cheese made up of smoked gouda, cheddar, parmigiana, and truffle oil.

JT’s On The Bay

Offered under their Reel Classics on the menu.

They have a starter called their Seafood Mac & Cheese. Homemade mac and cheese with shrimp, bacon and lobster meat.

Out of the Blue Seafood

They offer Lobster Mac & Cheese as a side.

Get hooked on their lobster mac & cheese.

Add lobster to their mac & cheese made from orzo, peas, and asiago parmesan cream sauce.