A.J. Schmitz, a local Huntington filmmaker, has launched a crowdfunding campaign to raise money for PERIPLANET, a Sci-fi animated short 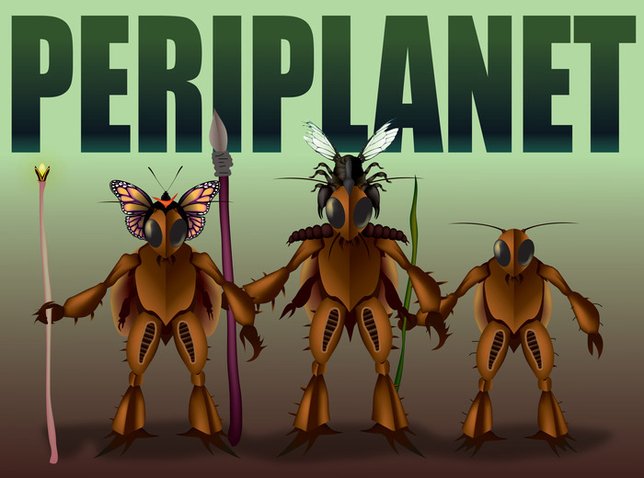 Huntington, NY - August 5th, 2014 - A.J. Schmitz, is an animator, filmmaker and designer from Huntington, Long Island, has begun a crowdfunding campaign to raise money for PERIPLANET, a Sci-fi animated short about a man who awakens from a frozen sleep to discover the world has been taken over by giant bugs. This will be the beginning in what he hopes to be an ongoing series that takes place in a futuristic world where only humans and huge intelligent bugs could co-exist.

The fund-raising campaign is currently being conducted with the crowdfunding site Kickstarter, and is in the midst of production with animators and musicians from all over the world, many of which are working and developing the project right here on Long Island.

The concept has been in the works for over a decade, when it was initially going to be a novel. After a while it then headed into development as a comic book series, when it was shelved and restructured as a film. Now, that film has finally come to life in the form of an animated short that is in full production.

A.J. Schmitz was born and raised on Long Island and has worked on Long Island and in New York City for over 18 years; doing everything from designing toys for Marvel Entertainment, art and design for HBO, design, writing and development for the History Channel as well as a stint in the New York political campaigning scene.

He’s won multiple design awards and is concentrating his talent and experience into animation and filmmaking.