"We Capped Them, Now Let’s Cut Them." 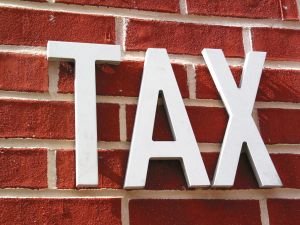 Albany, NY - February 26, 2014 - Governor Andrew M. Cuomo launched the “No Excuses” push, designed to help pass proposed property tax cuts for millions of New Yorkers. The initiative includes a new website, www.CutPropertyTaxes.ny.gov, featuring information on the Governor’s plan to cut property taxes, statements of support from elected officials and advocacy groups across the state and resources for visitors to contact their state legislators to make their voices heard. In January, at both the State of the State Address and Executive Budget presentation, the Governor outlined his plan to freeze property taxes for two years and create a “circuit breaker” that will provide tax relief based on an individual or family’s ability to pay. Both of these programs are part of the Governor’s broader proposal to deliver approximately $2 billion in tax relief to New Yorkers.

“High property taxes have been the number one burden on New York’s families and businesses. Right after I took office we capped property taxes to stop skyrocketing hikes that were driving people from this state. Now we need to lower property taxes and we need your help to do it,” said Governor Cuomo. “Every year, passing our agenda has depended on New Yorkers getting involved, picking up the phone and making their voices heard. Today we are encouraging all New Yorkers who are tired of paying too much in property taxes to join our effort to lower property taxes this year.’
On www.CutPropertyTaxes.ny.gov visitors can join the effort by calling their local state legislators, emailing their contacts about the property tax cut plan, downloading fliers to share information about the proposal and signing up for email updates on the campaign. Click here to watch a video marking the start of the “No Excuses” initiative (for TV stations, a high-definition version can be downloaded here).
As a result of fiscal reforms from the last three years, the State is projected to go from a $10 billion deficit when the Governor took office to a $2 billion surplus by 2016-17. Rather than using this revenue to increase spending, Governor Cuomo proposed to instead cut taxes for families and businesses to provide taxpayers relief and grow the economy. The proposals have been informed by the hard work of the bi-partisan New York State Tax Reform and Fairness Commission and the New York State Tax Relief Commission led by Former Governor George Pataki and Former Comptroller H. Carl McCall. For more information click here.
By almost any measure, New York’s real property taxes are the highest in the nation with an average residential bill of $5,040—Westchester County is ranked first in terms of absolute dollars, and Wayne County is ranked first as a percentage in terms of home value. One of the main reasons is the large number of local governments that place high burdens on taxpayers and harm the business climate. New York State has approximately 10,500 local government entities – from cities, towns, and villages down to water, sewer, and lighting districts, among others. Many such districts overlap with other municipal taxing entities. For example, Erie County has the most local governments in the State, with 1,044 total governments, representing an annual tax levy of $1.6 billion. Since January 1, 2011, only two villages have voted on and executed a dissolution.
During his first term, Governor Cuomo enacted the first property tax-cap in the state of New York, which capped property taxes by 2% or the rate of inflation. This year’s proposal builds on that cap by freezing and then cutting property taxes for homeowners and businesses when local governments consolidate and share services.
The Governor’s proposal will:
Freeze Property Taxes for Working Families: To address the untenable property taxes in New York and incentivize local governments to share services, the Governor proposed to freeze property taxes for two years, providing nearly $1 billion in tax relief in 2015-16. Residents will be eligible for the freeze in the first year if their local governments stay within the property tax cap. During the second year, local governments must also take concrete steps to share services and reduce costs in order to remain under the freeze. The Executive Budget freezes property taxes for two years, subject to two conditions. In year one (2014-15), the State will provide tax rebates to homeowners with qualifying incomes of $500,000 or less who live in a jurisdiction that stays within the 2 percent property tax cap. In order for their homeowners to get the tax credit in the second year, school districts and local governments must continue to stay within the tax cap and must develop a plan for sharing or consolidating services and eliminating duplication and overlap that generates savings equal to three percent of tax levy within the subsequent three years. When these plans are fully implemented, local governments and school districts could provide property tax relief of up to $1 billion. The freeze will generate an average tax benefit of $354 for 2.8 million beneficiaries when fully implemented. New York City residents are not eligible for the Freeze Credit because New York City is not subject to the property tax cap.
Create a Property Tax “Circuit Breaker” Based on Ability to Pay: Two million low- and middle-income taxpayers pay an effective real property tax rate relative to income that exceeds their income tax rate. To help these families and individuals, the Governor proposed providing tax relief based on ability to pay for households that earn up to $200,000, ultimately providing $1 billion in tax relief by the time the circuit breaker is fully phased in. The Budget creates a progressively distributed refundable tax credit against the personal income tax to provide targeted real property tax relief based on an individual homeowner’s ability to pay. When fully phased in, the program, valued at almost $1 billion, will benefit two million homeowners yielding an average benefit of $500.