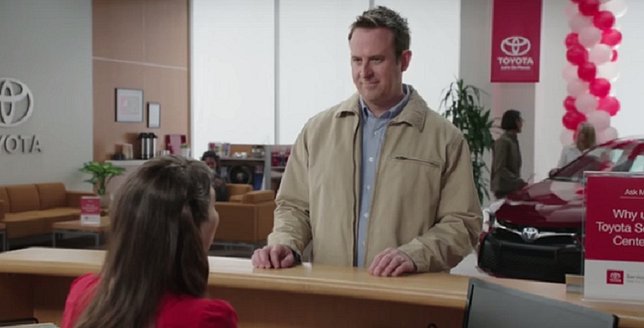 Long Islanders protest outside offices of Sen. Kemp Hannon and state Republican Party, calling on them to reject donations from climate-destroying billionaires.

Chanting "give it back!," activists including members from New York Communities for Change (NYCC), Long Island Progressive Coalition (LIPC), Haitian American Political Action Committee (HAPAC), Strong Economy For All Coalition, Make The Road Action, and the Working Families Party staged an action outside the Nassau County GOP office in Westbury and then took their protest directly to the office door of State Senator Kemp Hannon in Garden City. 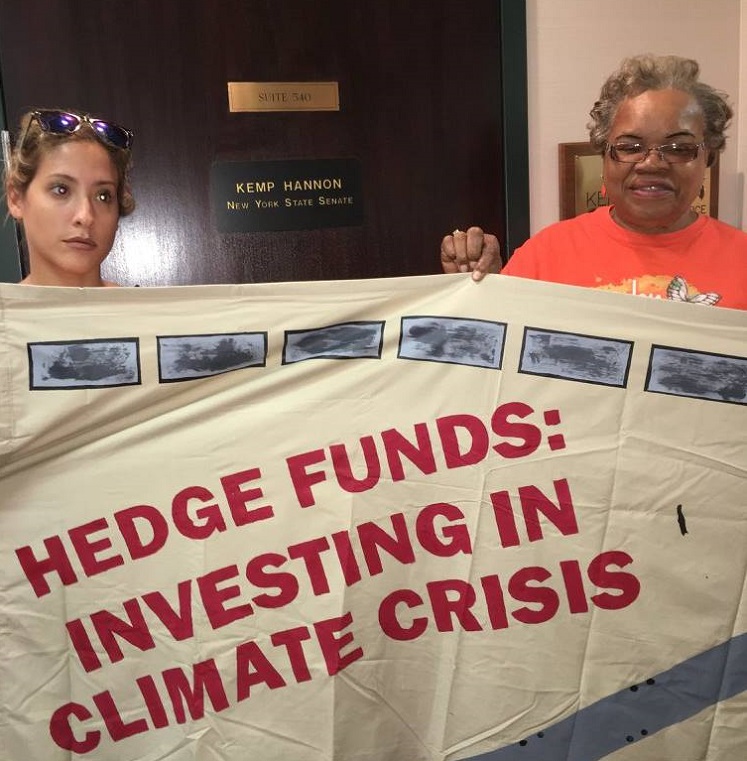 Photo By: Working Families Party, via Facebook.
Photos from today's actions are available here
The protests come the same day as the release of a new report on the three individual donors with ties to the fossil fuel industry who are attempting to corrupt politicians on Long Island by funding a takeover of the State Republican Party to advance a fossil-fuels-forever agenda.
According to the report, A Billionaire Climate Conspiracy, Now Corrupting Elected Officials on Long Island, almost half of the total $663,706 in “housekeeping” funds raised by the New York State Republican Party since the beginning of 2016 have come from just three individual donors, all with ties to the fossil fuel industry: Oil industry billionaire David Koch, hedge-fund billionaire and charter-school backer Paul Singer, and Charles Joyce, president of a pipeline company and a proponent of fracking in New York state.
The report further details how these donors have personally profited from dirty energy, funded climate denial, and blocked action on clean energy for New York.
Download the report here
"Climate change gave us Sandy and shook up the lives of all Long Islanders. Money from mega-donors from multi-billion dollar fossil fuel industry should be rejected by all Long Island elected officials. Long Island Republicans and State Senators should refuse to accept or return the money from mega donors that are guaranteeing future Hurricane Sandys on Long Island," said Diane Goins, Chair, Long Island Chapter, New York Communities for Change, and a resident of Hempstead and a constituent of Senator Hannon's.

"My house was flooded during Hurricane Sandy. I am mother and a family of eight and lost my home due to the hurricane and now live in a shelter. Climate change is very much real to me and my family because my family and I lost our home due to Sandy and we never got the opportunity to go back home. No elected official on Long Island should accept money from the people that are causing climate change because climate change destroyed my life and the life of my children. They need to make sure they reject money that will guarantee more storms and more suffering for other Long Island families," said Lorraine Douze, member of New York Communities for Change.

"Climate-intensified storms like Hurricane Sandy will only increase in their frequency and severity unless we make bold stances against the fossil fuel industry and rapidly transition to a renewable energy economy. Wall Street billionaires and rich campaign donors are flooding New York’s elections with money and are drowning out the voices of everyday New Yorkers. NYS Republicans' continued acceptance of dark money from fossil fuel interests prevents this transition and only demonstrates their commitment to further climate catastrophe," said Ryan Madden, Sustainability Organizer, Long Island Progressive Coalition.
"Paul Singer, David Koch, and Charles Joyce have personally profited from dirty energy, funded climate denials and blocked policies that could save Long Islanders from another Sandy. It's troubling to think the men who get rich when our environment is destroyed are the biggest backers of our state Republican Party," said Charles Khan, Organizing Director, Strong Economy For All Coalition.
“Long Islanders deserve better than a Republican party funded by dirty energy billionaires and climate deniers. We join with them in calling on Republicans to reject these donations and stand with the working families on the front lines of climate in change on Long Island and across the state,” said Ari Kamen, NY State Political Director, Working Families Party.