Coal and gas power plants will pollute 32 percent less nationwide and clean energy sources such as solar will meet more of the state’s electricity needs, according to limits on carbon pollution finalized today that ... 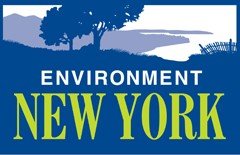 New York, NY - August 3, 2015 - Coal and gas power plants will pollute 32 percent less nationwide and clean energy sources such as solar will meet more of the state’s electricity needs, according to limits on carbon pollution finalized today that are central to President Obama’s plan to address climate change.

“The Clean Power Plan is the single biggest action the U.S. has ever taken on climate and is great news for New York,” said Heather Leibowitz, Executive Director of Environment New York. “Cracking down on coal and gas while ramping up wind, solar, and other clean energy sources will protect our families' health today and ensure a safer climate for the future.”

New York elected leaders heralded the benefits the new pollution limits will bring New York, which is already one of the top states in the country for solar power.

The U.S. Environmental Protection Agency’s Clean Power Plan sets state-by-state limits on heat-trapping emissions of carbon dioxide from power plants, the largest single source of such pollution in the country. Under the plan, each state determines how to meet its pollution cap, in New York’s case it is to reduce carbon emissions by 32 million metric tons by 2025.

New York is well-positioned to meet its limits with increased development of clean energy, for which it has vast potential. Environment New York research shows that New York has enough solar potential to power the entire state 11 times over.

Heat waves, extreme flooding, and rising sea levels are just a few of the impacts of climate change New Yorkers have already begun to experience. New York saw a 64% increase in storms with extreme precipitation between 1948 and 2011. Scientists predict that without drastic cuts in global warming emissions, these effects will become catastrophic.

The Clean Power Plan is also expected to bring public health benefits, since cutting power plant pollution also reduces soot, smog, and other harmful pollutants that are responsible for respiratory illness and even premature deaths. The U.S. Environmental Protection Agency estimates that the Clean Power Plan will save as many as 6,600 lives and prevent up to 150,000 asthma attacks each year.

Vast majorities of New Yorkers across party lines support the carbon pollution limits, according to a recent poll. More than 397,000 comments from New Yorkers were among the 8 million submitted across the country in favor of the plan.

The fossil fuel industry, however, and its allies in Congress have launched multi-pronged assault against the Clean Power Plan in the courts, state capitols, and the U.S. Senate. The plan’s survival against these attacks is considered critical to U.S. leadership at international climate talks in Paris at the end of the year.

“Today’s action is thanks to all the New Yorkers, together with millions of Americans, who called for strong climate action,” said Leibowitz. “With continued leadership from President Obama, support from New York’s leaders, and backing from the public, the U.S. can help steer an international agreement to stave off the worst of the climate crisis.”