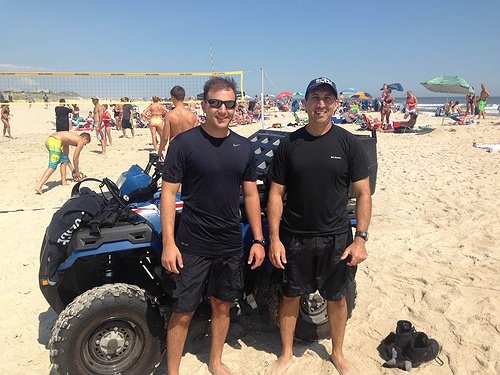 Elias Bahou and Katherine Robson were swimming in the ocean south of Oneida Street and Champlain Walk in Ocean Bay Park when they were caught in a rip current and swept out to sea. Onlookers called 911 for assistance at 2:17 p.m.

Surf height at the time of the rescue was approximately 4 feet and a National Weather Service advisory for strong rip currents was in effect.

Bahou, 29, of Huntington, and Robson, 30, of North Massapequa, were checked out by EMTs from the Ocean Beach Fire Department Ambulance and refused further medical attention.

The Marine Bureau advises swimmers to swim only on guarded beaches. If caught in a rip current, remember these survival tips: