Pandemic has prompted a surge in watercraft purchases this summer. 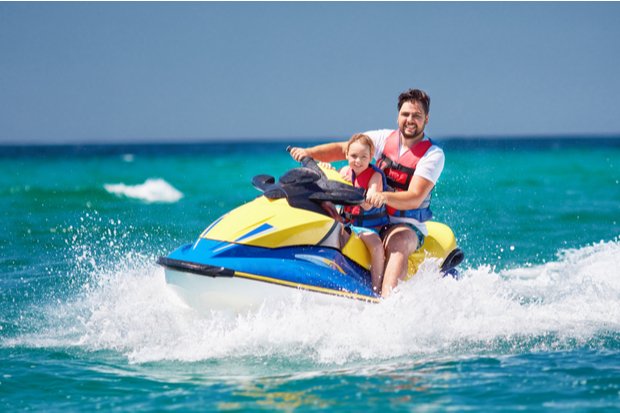 On Wednesday, officials from South Shore towns and villages gathered at a press conference to highlight the dangers that inexperienced boaters are creating on the waters around Long Island.

Islip Supervisor Angie Carpenter said that this summer is worse than it's’ ever been before as far as boat safety.

“Unfortunately, the majority of accidents are due to inexperience and alcohol,” said Carpenter.

She wanted boaters not to get behind the wheel of a personal watercraft like a jet ski or a boat unless they have had training.

“It’s only fair to yourself and everybody else that’s out there on the waters,” she added.

Recently there has been a spate of tragedies on the water. A recent boating accident claimed the life of a 24 year-old Lindenhurst resident, a jet ski accident resulted in two deaths in the Bronx, and a Fire Island Ferry had to rescue six passengers from a capsized motorboat off of the shores of Fire Island on Sunday evening.

Because the pandemic has kept people close to home, they have been looking for things to do locally and spending their vacation funds buying recreational boats, jet skis, paddleboards and backyard pools. The result, officials warn, is a lack of experience and increase in safety concerns.

“Everyone who has a boat, a personal watercraft, should be taking the Coast Guard course for boating,” said Babylon Village Mayor, Ralph Scordino at the Wednesday press conference.

“Not only do you have to keep an eye out when on the water, but also in your backyards,” he said. “If you are lucky enough to have a pool and have children, you must be advised to know that drowning is a silent event! Don’t assume you will hear a child who is in trouble in the water.”

He implored parents to learn CPR and pay attention when kids are in the pool.

“Nine out of 10 drowning deaths happen when a caregiver is supervising, but not paying attention. Assign or designate a water watcher,” said McSweeney.

“We want you to be responsible,” he said. “Because if everybody’s responsible, the death rate will plummet, and that’s where we would like to be.”