Lee Hughes to remain in custody until sentencing. 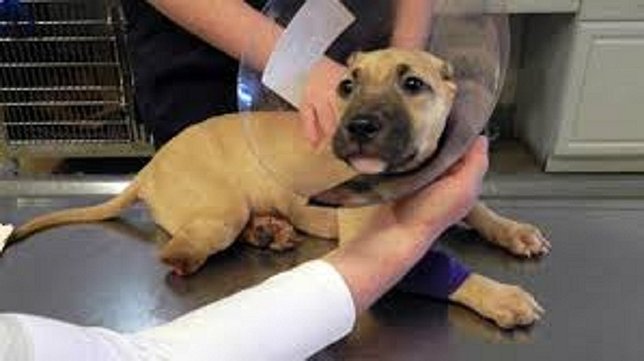 Lee Hughes was scheduled to be sentenced today Monday July 11, 2016 9:30 am, Lee Hughes pleaded guilty to his part in the in the horrendous act of cruelty to Miss Harper. Lee Hughes did not show up for sentencing and a warrant was issued for his arrest. Miss Harper was found in September 2013, when she was just a puppy, with her back leg and both her ears cut off.
The Nassau County SPCA is eternally grateful to the advocacy members who continue to show their support in our quest for justice for Miss Harper.
The Nassau County SPCA Court Advocacy members will be present  at all proceeding to convey a strong message to the defendant, the judge, and all other interested parties in the criminal justice system: this community cares about the outcome of these animal abuse cases.
The Nassau County SPCA sincerely appreciate the court advocacy members who have taken the time to show their support for Miss Harper.