Michelle Fusco, 25, of Patchogue, called 911 to report that she was on a 22-foot Grady White boat near Bayport and three other passengers were missing. 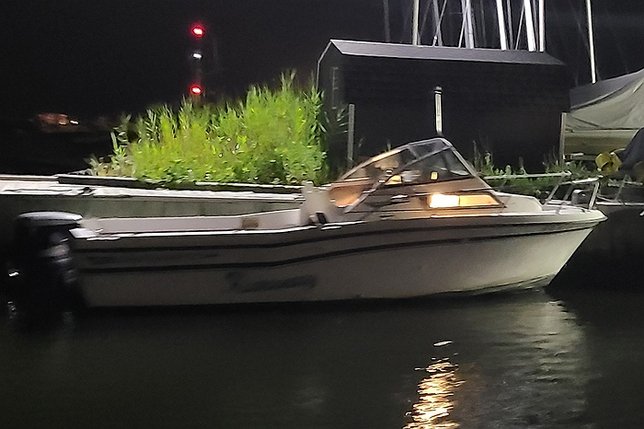 Suffolk County Police Marine Bureau officers rescued three people from the Great South Bay early Sunday morning.
Michelle Fusco, 25, of Patchogue, called 911 at approximately 2 a.m. to report that she was on a 22-foot Grady White boat near Bayport and three other passengers were missing. Marine X-ray with Police Officers William Houst, John Mullins, and Steve Squires onboard searched the area and located the boat approximately one mile off shore in Bayport.
Marine Kilo, with Police Officers Shane Parker, Robert Mroczkowski and Michael Haggerty, searched the area with Aviation Section officers in a police helicopter. At approximately 3:15 a.m. the officers on Marine Kilo discovered Michael Fusco, Toni Arango and Leo Lopez-Garcia approximately one mile west of the boat in the water. The three, who had gone swimming and drifted away from the boat, were in the water for approximately three hours. Only Lopez-Garcia was wearing a floatation device.
Fusco, 33, of Patchouge, Arango 28, of North Massapequa and Lopez-Garcia, 28, of Huntington Station, were taken onboard Marine Kilo and brought to shore near Brown’s River Road in Sayville where they were evaluated by Sayville Rescue.