Dead humpback whales were at Smith Point beach in Shirley and offshore in Montauk. 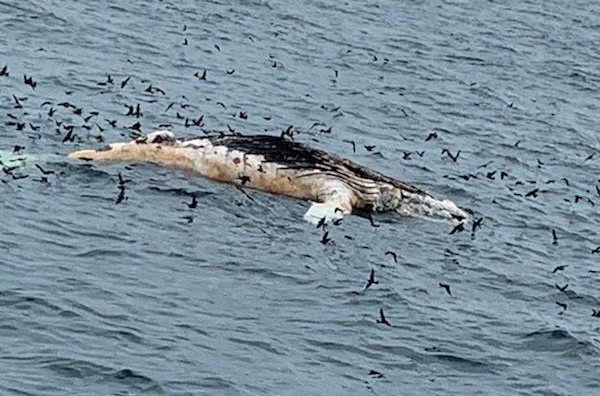 After a dead humpback whale was sighted offshore near Montauk, another was found washed up on shore at Smith Point County Park in Shirley on Saturday evening. Both deaths are being investigated by the Atlantic Marine Conservation Society, a nonprofit organization that promotes ocean conservation.

At Smith Point, the whale was spotted sometimes after 4pm and people quickly took to social media. One Twitter user videoed the whale as it washed up on shore.

On Friday, the humpback whale that had been spotted offshore at Montauk was tagged and tracked but towing the carcas to shore was deemed too difficult.

In May, Atlantic Marine Conservation Society investigated the death of a 34-foot female whale that beached in Amagansett. They also investigated two other Long Island whales that washed up on shore this year, one live stranding in Oyster Bay and another dead whale in Westhampton beach.