2 Men Arrested for Burglary at Tiffany & Co. in Manhasset

The Third Squad is reporting the arrests of two men for Burglary that occurred in Manhasset on Saturday, July 11, 2015 at 4:44 am. 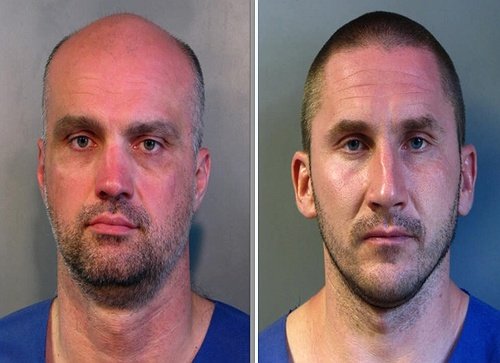 According to detectives, Third Precinct Police Officers responded to an alarm at Tiffany & Co. located at 1980 Northern Boulevard. Upon arrival police observed Vitalii Trufanov, 40, on the roof of the building. Third Precinct Police proceeded to the roof and placed the defendant into police custody without incident. He had in possession assorted jewelry and watches valued in excess of one million dollars in US currency.

Third Precinct Police further observed that entry was made through the roof. Third Precinct Police Officer’s with the assistance of the Emergency Service Unit conducted an interior search of the building at which time they located defendant Evgenii Zakhapov, 35, and placed him into police custody without incident. There were no injuries reported. The investigation is ongoing.