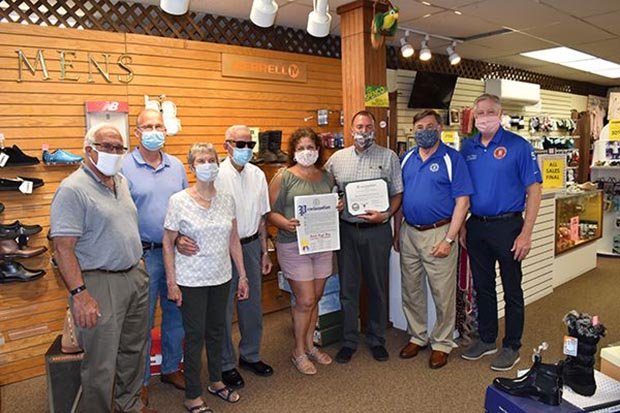 Not many businesses can boast of coming of age when Long Island was still just a bunch of potato fields and duck farms to the suburban sprawl the ensued, the birth of rock and roll to the Great Recession, wars and gas crises but David’s Shoe Emporium in Patchogue Village has survived through it all.

This year, sadly, was its last. Store owner, David Zegel, first announced they were going out of business back in March.

Patchogue Village and Brookhaven Town officials stopped by the store recently to see Zegel and his staff off as they get ready to close forever.

The store was originally owned and operated by Mike Weiner and later by David’s father, Ralph Zegel, the town reported in a statement. Zegel took over in the 1990s.

Supervisor Romaine and Councilman Foley presented Zegel with a proclamation thanking him for his many years of service to the Greater Patchogue community.