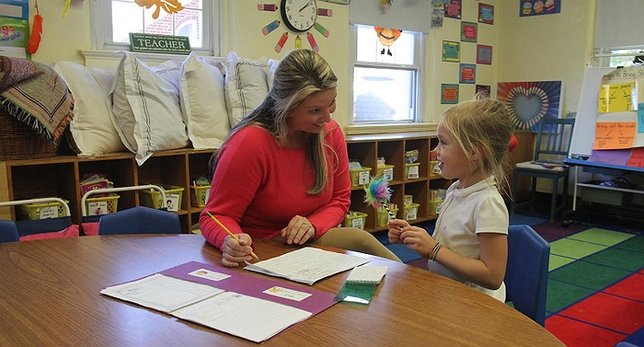 The United States Department of Agriculture (USDA) estimates that approximately 30–40 percent of food in the United States goes to waste each year. Much of that food is sent to landfills, when it could have helped families in need. According to the USDA, wasted food is the largest component of trash entering municipal landfills. In September 2015, U.S. Secretary of Agriculture Tom Vilsack and Acting Environmental Protection Agency (EPA) Deputy Administrator Stanley Meiburg announced the first national food waste goal, calling for a 50-percent reduction by 2030. Island Harvest Food Bank supports national efforts to reduce food waste, and has created two innovative programs that are helping to reduce the amount of food entering local landfills.

“The USDA’s national goal of a 50-percent reduction in food waste by 2030 is attainable, and it is one that Island Harvest Food Bank fully and actively supports,” said Randi Shubin Dresner, president and CEO, Island Harvest Food Bank. “The partnerships we have with Stop & Shop, the Long Island farming community, Panera Bread, and others are already helping to reduce the amount of food that would have otherwise ended up in landfills, while putting fresh, nutritious food on the tables of Long Islanders struggling to make ends meet.”

In 2015, Stop & Shop’s “Meat the Needs” program provided Island Harvest Food Bank with more than 505,000 pounds of beef, poultry and pork. Since the start of the initiative in 2008, it has donated more than 1.8 million pounds of meat. “Meat the Needs” allows Stop & Shop to remove meat from refrigerated shelves just ahead of its expiration date, and freeze it instead of discarding it. The meat is then donated to Island Harvest Food Bank, which, in turn, distributes it, still frozen, to its network of member agencies in Nassau and Suffolk counties.

Stop & Shop has expanded the program, leading to the donation of more than two million pounds of beef, poultry and pork to food banks in Connecticut, New Jersey and New York. Locally, “Meat the Needs” has also had a positive environmental impact, reducing by 3,292 tons the amount of wasted food that otherwise would have been deposited in Suffolk County landfills in 2015.

In 2015, the LIFB and its members donated to Island Harvest more than 2 million pounds of fresh, locally grown surplus produce that would have otherwise been left to rot in fields, or carted off to local landfills. Since establishing the partnership with Island Harvest Food Bank in 2008, Long Island’s farmers have donated approximately 11 million pounds of fruits and vegetables, making this initiative one of the largest farm-to-food-bank programs in New York State.

These two initiatives are consistent with Island Harvest Food Bank’s mission of promoting healthy eating, and increasing the volume of fresh, nutritious food it distributes. The food bank also has a full-time dietician, who provides member agencies and their clients with advice about healthy eating choices, recipes and fresh-food preparation, and other important information relating to health and nutrition. Island Harvest Food Bank provides food and resources to a network of more than 450 food pantries, soup kitchens and other feeding programs across Long Island.

According to the New York State Department of Environmental Conservation (DEC), Americans waste approximately one-quarter of the food they purchase by not preparing it before it goes bad, or by not eating all of what is prepared. According to the DEC, among the consequences of wasted food’s ending up in landfills is the methane (a greenhouse gas that contributes to climate change) created as it decomposes. Other downsides of food waste include the costs to grow, package, transport and refrigerate food, which requires energy, labor and water, wasting those resources, as well. The DEC states that financial resources are also wasted, estimating that the annual value of uneaten food per U.S. household is nearly $1000.

“Cumulatively, Stop & Shop’s “Meat the Needs” program, and the donations by Long Island’s farming industry, supplemented, in 2015 alone, approximately 1,950,935 meals with much-needed protein, and fresh fruits and vegetables,” explained Shubin Dresner. “The efforts of just these two organizations are having a tangible impact on our efforts to improve the nutritional intake of those we serve, while lessening the amount of food that will end up in landfills.”

Island Harvest Food Bank’s surplus-food-recovery efforts last year led to the collection and distribution of approximately 279,264 pounds of food (exclusive of the “Meat the Needs” and farm-to-food-bank initiatives) that would have otherwise ended up in landfills. Those donors included local bagel shops, country clubs, catering facilities, pizzerias, hotels and restaurants, and local franchises such as Taco Bell, Olive Garden, Red Lobster, and Panera Bread. In 2015, Panera donated 62,530 pounds of unsold bread that would otherwise have been discarded; instead, it was distributed among Island Harvest Food Bank’s member agencies.

“With more than 300,000 Long Islanders classified as food insecure, our food banks are always exploring creative ways to meet demand,” said Suffolk County Executive Steve Bellone. “Stop & Shop’s “Meat the Needs” program and the Long Island farmers’ significant donation of fresh, locally-grown produce, helps put food on the tables of families in need, while reducing the amount of food deposited in our local landfills. I commend Stop & Shop, Island Harvest Food Bank, and the LIFB for their solutions-based approach to combating hunger and reducing food waste on Long Island.”

“Stop &Shop is proud that the proactive efforts of our meat managers has enabled us to provide much needed protein to Island Harvest which has allowed them to provide meals  to Long Island residents in need,” said Don Sussman, President of New York Metro Division of Stop & Shop. “In addition to Meat the Needs helping to feed the hungry, Stop & Shop is pleased that our efforts have benefited the environment.”

“Long Island’s farmers are proud to have donated millions of pounds of locally-grown produce over the years to help Island Harvest Food Bank support families throughout Nassau and Suffolk counties who face hunger each day,” said Rob Carpenter, Administrative Director, Long Island Farm Bureau. “Long Island Farm Bureau’s farm-to-food bank efforts, along with the generosity of our farmers, ranks among the largest in the state, and helps provide those in need with farm-fresh, nutritious fruits and vegetables necessary to maintain a healthy lifestyle.”