Consumers can now buy certain types of fireworks in areas of New York State. By following these tips, New Yorkers can have a safe and fun July 4th. 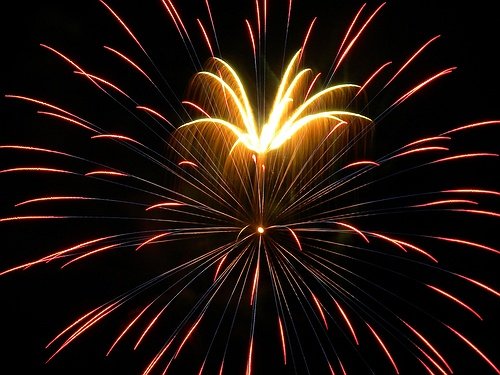 New York, NY - July 2, 2015 - For the first time in over 100 years, certain consumer-grade fireworks are available for legal purchase in parts of New York State. In November 2014, legislation was enacted authorizing the sale and use of the sparklers and certain sparkling devices in counties and cities outside of New York City that have enacted local laws permitting their sale and use.

“By easing restrictions on fireworks around the state, New Yorkers will no longer be required to cross state lines to purchase these devices—but that doesn’t mean they shouldn’t obey laws meant to protect the safety of their families and communities,” Attorney General Schneiderman said. “By familiarizing themselves with the new laws and following these tips, New Yorkers can have a safe and enjoyable Fourth of July.”

The law has not completely legalized the sale of fireworks within the state, however, and still remains stricter than the legislation currently in place in many other states.  Consumer fireworks can only be sold during two annual time periods – June 1st through July 5th , and from December 26th through January 2nd.  There are also limitations on the types of fireworks that can be sold during these periods.  Only ground and hand based sparklers can be sold. So are sparkling fountains, smoking devices, snakes, confetti-filled party poppers and paper-wrapped snappers.

Projectile fireworks are still restricted from general consumer purchase. Sparklers with metal sticks are not legal in New York, because they stay hot for a long time after burning out. The ones sold here are supposed to have wooden sticks that don't retain heat. It is a crime to provide a sparkler to a person less than 18 years of age, even in the jurisdictions where sparkling devices have been legalized. Fireworks purchased in a county where legal cannot not be possessed or set off in counties where such purchases remain unlawful.

The goal of legalizing certain fireworks is to discourage those members of the public who cross New York State lines to purchase fireworks legalized in other states and bring them back for use in New York. The state estimates that the legalization could generate $2 million dollars in state tax revenue this year alone.

If New Yorkers decide to take advantage of the eased restrictions, the National Council on Firework Safety has a few Recommended Safety Tips: