Kevin Clash retired from the Sesame Workshop following allegations of sexual abuse, but suits brought against him were dismissed today. 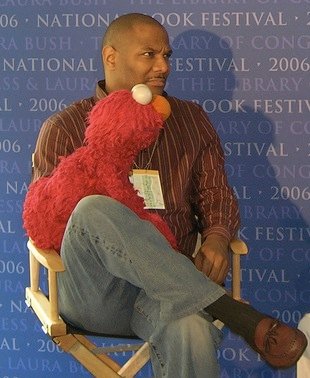 Kevin Clash, 53, the voice behind such beloved “Sesame Street” and “Muppets” characters as Elmo and Animal, retired from his role late last year after several lawsuits claiming he had sexually molested adolescent boys were brought against him. Three cases were dismissed by Federal Judge Kevin Koeltl in a New York court today.

One accuser who remains anonymous says he had a sexual encounter in Clash’s apartment at the age of 17, in early 1996. Another, Cecil Singleton, filed a $5 million suit for allegedly being lured to Clash’s abode in 2003 when Singleton was 15. Kevin Kiadii gave a similar account of an experience in 2006 when he was 16-years-old.

The statute of limitations on such cases is six years, but all three men stated they had not become aware of adverse emotional and psychological effects resulting from their encounters with Clash until this past year. Judge Koeltl felt their argument was not valid enough to ignore the statute, as each case came more than six years after the men should have become aware of any impact made by their alleged encounters, and over three years after each had turned 18.

Despite retiring in November as a result of these cases, Clash won three Daytime Emmy Awards last month for his work in children’s entertainment. Today’s decision has doubtlessly lifted a burden from him, but a fourth lawsuit filed on similar grounds remains open.

[Source: The Associated Press via NBC]