A collection of physicists has built a functioning particle accelerator only a fraction of the size of other such devices currently in use. 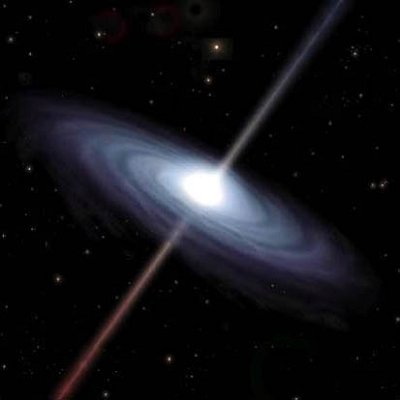 An international team of physicists working at the University of Michigan has constructed and begun working with an antimatter “gun” small enough to fit atop a standard table. The meter-long device is able to generate short bursts of positrons—the antimatter counterpart of electrons.

Positrons are known to be found in jets emitted from black holes and pulsars, and have also been generated through experiments involving particle accelerators such as the Large Hadron Collider in the CERN lab near Geneva, Switzerland, as well as the Relativistic Heavy Ion Collider at Brookhaven National Labs. Those devices, as well as other particle accelerators, are incredibly large and rather expensive to construct and maintain; the new tabletop-sized accelerator in Michigan will allow researchers to study positrons and other particles on a more manageable and, ideally, less costly scale.

The team of scientists reports that each burst of their new gun lasts just 30 fermtoseconds (a femtosecond is equivalent to one quadrillionth of a second), but produces quadrillions of positrons—a comparable result to that achieved by CERN. In order to create those antiparticles, the accelerator fires a petawatt laser at inert helium gas, causing a stream of electrons to travel at intense speeds. The electrons are than directed at a sheet of metal foil, resulting in a burst of electron and positron emissions when the stream smashes into individual metal atoms; the particles and antiparticles are then separated with magnets.

Michigan’s new accelerator is able to accomplish its task with much greater ease than other methods. “This simple setup could therefore be used to directly probe the interaction between the jets and plasmas in well-controlled laboratory experiments,” according to the researchers’ report. “Such studies could provide answers to some of the fundamental questions about antimatter, astrophysical jets, and, ultimately, the physics of black holes and pulsars.”