After losing five of six games this past week, the Ducks look to bounce back at home this weekend. 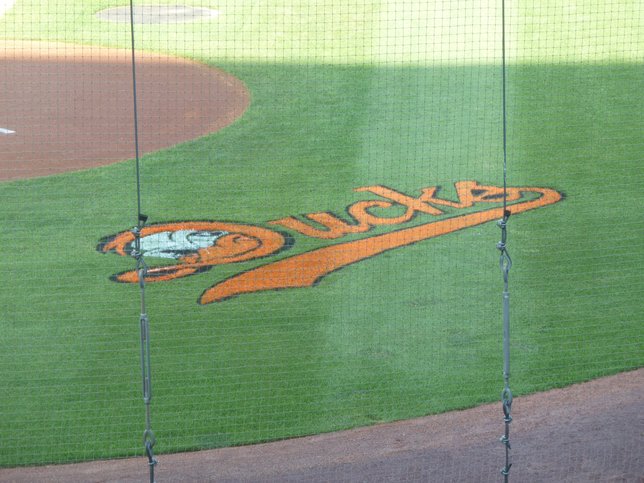 The Long Island Ducks lost five of its six games this past week, dropping in the standings to 6.5 games behind the Southern Maryland Blue Crabs.

The middle of the week saw the Ducks play the Camden Riversharks in a four game series out in Camden.

The series got off to a good start as the Ducks romped the Riversharks 9-2 behind a seven-run second inning that gave the Ducks the lead for good.

A Danny Perales three-run homerun was the highlight of the inning, while former major leaguer Ben Broussard added a two-run round tripper. Perales homerun was one of his four hits that night, and his four RBI’s to bolster his team lead in that category.

Starting pitcher James Houser picked up the victory, allowing only three hits and one run over six innings, an outstanding performance that improved his record to 4-0.

Unfortunately, that was the only positive highlight for the Ducks this week. After a rainout on Tuesday, the Ducks and the Riversharks played a doubleheader which ended in a sweep by Camden.

Both games had the same final score, 6-5, and both ended in heartbreaking fashion for the Long Island Ducks. After a back and forth affair in the first game, the two teams were tied at five entering the ninth inning.

Riversharks infielder Wilson Valdez lined an RBI single to give his team the walk-off victory. The nightcap was even more dramatic and tough to swallow for the Ducks.

Josh Brodin smacked a homerun in the seventh inning to extend the Ducks lead to 5-3. Brodin now has five homeruns on the season. However, it proved to not be enough as the Riversharks walked to the plate in the bottom half.

After the Riversharks put two runners on, former major leaguer D’Angelo Jimenez put one in the seats for a three-one walk off shot off of usually reliable Ducks closer Leo Rosales.

The Ducks now return home this weekend to host the Sugarland Skeeters at Bethpage Ballpark in Central Islip. It is the beginning of an eight-game home stand which is a welcome sight for Long Island following a tough seven-game road trip.

Tickets for tonight’s game, as well as the rest of the weekend, are still available. There are a few promotional days on this home stand, starting with a Property of LI Ducks T-Shirt for the first 1,500 fans in the ballpark tonight.