“American Pie” singer, Don McLean will be Tom Needham’s special guest this Thursday at 6 P.M. on WUSB’s The Sounds of Film. Also on the program, is singer/songwriter, Jim Messina. 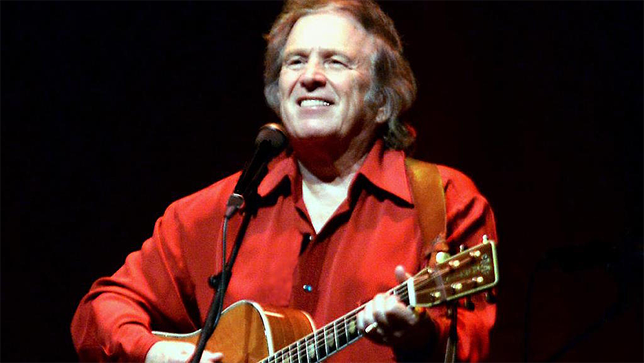 Stony Brook, NY - June 28, 2017 - Music legends, Don McLean and Jim Messina will both join Tom Needham this Thursday on The Sounds of Film on WUSB.
Don McLean is a singer/songwriter best known for his classic song, “American Pie.” The timeless classic is ranked number five on the Song of the Century List compiled by the Recording Industry of America and the NEA. In 2015, the original manuscript of “American Pie” sold for $1,205,000 at a Christie’s auction. Don McLean also had a number of other big hits including “Vincent,” “Crying,” and “Castles in the Air.” Through the years, his music has been featured in many films including Born on the 4th of July and Charlie Wilson’s War.  He was featured in the documentary American Troubadour: Don McLean directed by Jim Brown.  He will be performing at the Suffolk Theater on July 22nd.
Jim Messina is musician, singer and record producer who has had tremendous success as both a solo artist and as the member of several important groups. At various points in his career, Jim has been a member of Buffalo Springfield, Poco and Loggins and Messina. He was inducted into the Rock and Roll Hall of Fame as a member of Buffalo Springfield in 1997.
About the Sounds of Film
The Sounds of Film is the nation’s longest-running film and music themed radio show. For the past 30 years, the program has delivered a popular mix of interviews and music to listeners all over Long Island, parts of Connecticut and streaming live on the Internet.  Previous guests include Dionne Warwick, Aloe Blacc, Grandmaster Caz, Michael Moore, Congressman Steve Israel, the Fugees’ Pras, writer Chris Hedges, Freddie Jackson, and the Doors’ John Densmore.