Bloomberg Spurs Outrage over Comment that NYPD “Stops Whites Too Much”

Bloomberg is receiving a great deal of backlash from local lawmakers after he made comments on his radio show that the NYPD "stops whites too much" and that "nobody racially profiles." 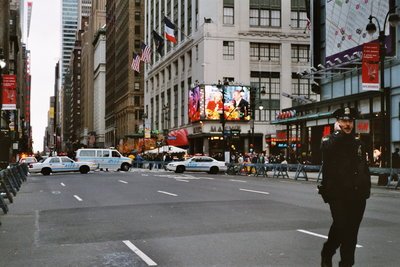 Shortly after the New York City Council passed two bills that ban bias-based profiling, Mayor Michael Bloomberg came forward on his radio show Friday morning to say that he believes the NYPD stops “whites too much and minorities too little.”

On his weekly radio program, Bloomberg argued that the news media conflates statistics of who is involved in stop-and-frisks, and that minorities are not the ones who are most frequently targeted – though he thinks they should be.

He added, “Nobody racially profiles.”

This comment, along with others he made during the show, has come under fire by local lawmakers.

According to CBS News New York, Councilwoman Letitia James has called on Bloomberg “to cease and desist from race baiting and fear mongering.”

“These two bills will not handicap the police, will not prevent them from doing their jobs if it is done correctly and consistent with the law,” said James. “And the mayor should take a class in Constitutional law. Period.”

Council member Jumaane Williams, one of the sponsors of the bill to ban profiling, told The Wall Street Journal, “It’s obviously just ridiculous.  Every day I get more flabbergasted by what the mayor and (police) commissioner and police unions are saying about the bills. What they’re actually doing is making the case for us why we need the bills. So, hopefully they keep talking.”