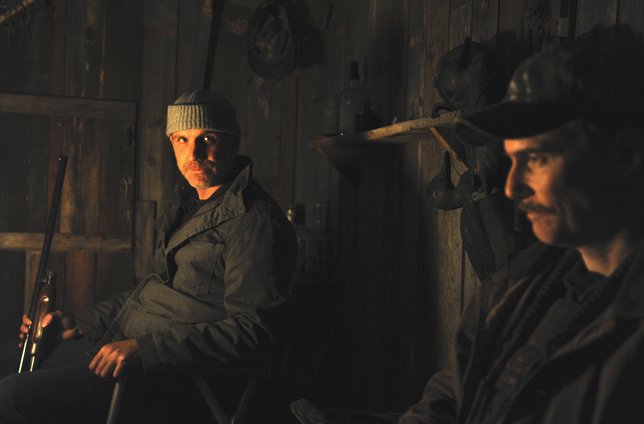 A duck blind is a place of concealment, but in this taut 17-minute drama, much is revealed. As dawn replaces darkness, estranged brothers Cal (Sandow) and Billy (Huff) learn the truth about their father’s apparent suicide, each other, and the nature of love. This beautifully shot film, based on a short play by Adam LeFevre, was directed by Davis Hall and filmed in New York State.

“It is beautiful and powerful and meaningful. The performances are wonderful - and it looks great.” Anna Deveare Smith, author, actor, playwright, 2012 National Humanities Medalist

This film premiered at the Woodstock Film Festival, played to a sold-out audience at the NY Shortsfest, and won Best Narrative Short at the Catskill Mountains Film Festival. It has had screenings nationwide and been used as a teaching tool in university-level Law and Ethics classes. This is its only scheduled Long Island screening.