FBI Admits to Domestic Drone Use 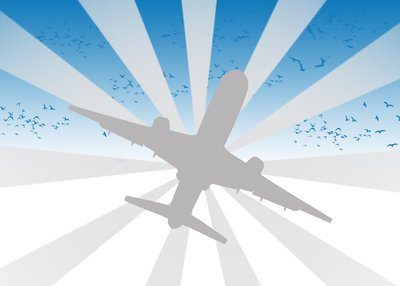 Mueller told the committee that drones are used by the FBI in a "very, very minimal way and very seldom," according to a report by CNN.

Although it is unclear how many unmanned surveillance vehicles (UAVs) the FBI has or when the agency began employing them, a law enforcement official told CNN that the FBI has utilized them only a little over a dozen times.

The official said that drones are useful in hostage and barricade situations because of their quiet operation and low visibility as compared to traditional aircraft, such as helicopters.

The FBI confirmed it used a drone earlier this year for surveillance purposes in Alabama where a boy was held hostage in a bunker.

Paul Bresson, a spokesman for the FBI, said the use of UAVs allows "us to learn critical information that otherwise would be difficult to obtain without introducing serious risk to law enforcement personnel."

He confirmed that drones are only used to perform surveillance on stationary subjects and that the FBI must first secure Federal Aviation Administration approval to fly in a "very confined geographic area."

But, according to the CNN report, Sen. Charles Grassley, an Iowa Republican, questioned Mueller about whether the FBI had established guidelines for using drones that take into consideration the "privacy impact on American citizens."

Colorado Sen. Mark Udall, too, expressed concern that the FBI was deploying drone technology while only in the initial stages of developing guidelines "to protect Americans' privacy rights."

Mueller, who confirmed that the agency is in the initial stages of developing them, said "I will tell you that our footprint is very small."

"I think the greatest threat to the privacy of Americans is the drone and the use of the drone, and the very few regulations that are on it today and the booming industry of commercial drones," she said.

Mueller told the committee that he would have to check on the FBI's policy for retaining images captured by drones and report back to the panel.

The legislation proposes that law enforcement officials must secure a warrant before employing drones for surveillance or to collect evidence, except in high-risk life-and-death circumstances or in the case of an imminent terrorist attack.

The bill does, however, make provision for the use of drones to patrol our national borders. The Senate has not yet take up the senator’s proposal.

The FAA recently announced plans to create six drone test sites nationwide and forecasts that within the next five years, some 10,000 drones will be in use in the United States.