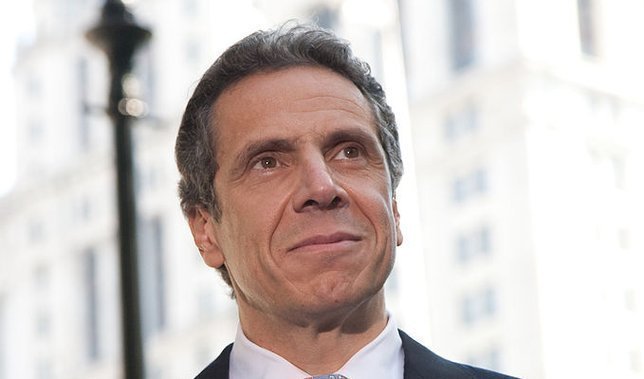 Albany, NY - June 20, 2017 - Governor Andrew M. Cuomo today announced new actions to further protect the integrity of New York’s electoral process amidst reports of Russian interference in the U.S. 2016 election. Governor Cuomo has directed the New York State Cyber Security Advisory Board to work with State agencies and the State and County Boards of Election to assess the threats to the cyber security of New York’s elections infrastructure, identify security priorities, and recommend any necessary additional security measures.  To date, there have been no credible reports of electoral system disruptions in New York.
“The integrity of the electoral system is essential to a functioning democracy, and with those core American principles under attack, we must take decisive action to safeguard democratic integrity and expand voting rights,” Governor Cuomo said. “In New York, we have taken aggressive action to reform our electoral system and restore people’s trust in government. Recent reports of foreign hacking on the American electoral system are highly disturbing, and New York will do everything in its power to continue to secure our electoral system and protect the sanctity of our elections. In the absence of a concerted federal response, New York State is stepping up to ensure we are prepared for the serious cyber threats facing our electoral system.”
Governor Cuomo created the Cyber Security Advisory Board in 2013 to ensure the State maintains a cutting-edge strategy to keep New Yorkers safe from cyber threats. The Board is comprised of world-renowned cyber security experts who advise the administration and make recommendations for protecting the state’s critical infrastructure and information systems. These experts in include:
At the Governor’s direction, the Cyber Security Advisory Board will work with the Department of Motor Vehicles, the State Office of Information Technology Services, and the State and County Boards of Elections to identify high level risks the State may face in coming elections, as well as any potential vulnerabilities that could be rectified though new policies or additional investments at the state level.
The Board will report its findings and make recommendations to the Governor and State Board of Elections in 90 days.
These actions are only the latest in an extensive number of steps undertaken by New York State since reports of potential Russian interference began to surface prior to the 2016 election. Through a partnership between the Executive Branch, the State Board of Elections, the New York State Association of Counties, and the Federal Bureau of Investigation, the State Intelligence Center worked closely with the State and County Boards of Elections to protect their systems and develop secure voting website backup plans. These included a comprehensive security review of the DMV’s Electronic Voter Registration system, scanning the State Board of Elections systems for potential vulnerabilities, and advanced monitoring of network traffic and system logs at the State Board of Elections.
The NYS Intelligence Center established a 24-hour call center where counties could report and receive assistance for potential disruptions, supported by secure communications channels that connected New York with resources from federal agencies and other states. Additionally, weekly briefings were held throughout the election cycle to monitor threats and further coordination among partners.