The United States Golf Association (USGA) today announced sites for the 2025 and 2026 U.S. Open Championships. Shinnecock Hills Golf Club in Southampton, N.Y. is one of the host sites. 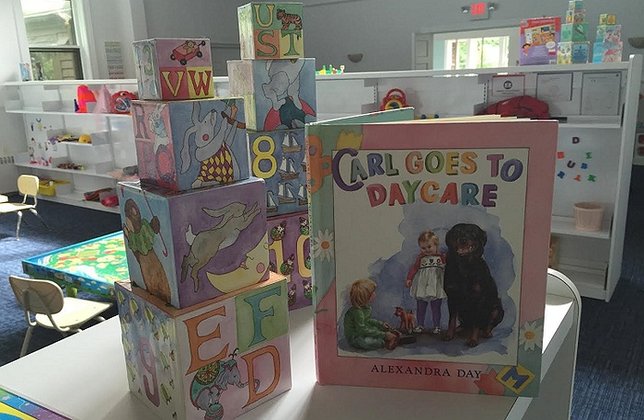 “Bringing the U.S. Open Championship to Oakmont for the 10th time in 2025 is testament to the quality of this fine golf course and the longevity of the strong relationship the USGA has with the club,” said Diana Murphy, president of the USGA. “It is an honor to make this announcement during the 116th U.S. Open when everyone here can celebrate the Open’s return to this iconic course in nine years.

“In keeping with our goal of providing the most comprehensive test in championship golf, we are also honored to announce a return to Shinnecock Hills Golf Club for the 2026 U.S. Open Championship,” Murphy said. “Four previous U.S. Opens there have yielded memorable competitions and worthy champions such as Raymond Floyd, Corey Pavin and Retief Goosen. New York metropolitan area golf fans can anticipate another exciting chapter in their region’s golf history in 2026.”

Henry Clay (H.C.) Fownes remained president of the club from its inception in 1903 until his death in 1935. His son, William Clay, was the 1910 U.S. Amateur champion and a former USGA president who served as the club’s president until his resignation in 1946. Father and son, who were very close and shared a determination to make Oakmont the sternest championship test possible, tweaked the course throughout their tenure to maintain its exacting standards.

“We are thrilled to host the 2025 U.S. Open,” said Ed Stack, president of Oakmont Country Club. “Oakmont and the USGA have had a very special relationship for nearly a century, and we are honored they have chosen Oakmont to host a record 10th U.S. Open in 2025.”

The birth of Oakmont is a story of chance. H.C. Fownes began seeing alarming spots in his vision after using a welding torch in 1898, and a doctor gave him a prognosis of just a few years to live. He wanted to enjoy his final years and developed a passion for golf. Later, a second opinion from another doctor lifted the death sentence. After becoming one of the best golfers in the area, Fownes wanted to build a course that would challenge even the most talented players of the day.

The 2026 U.S. Open will be held June 18-21, and will mark the sixth U.S. Open and ninth USGA championship at Shinnecock Hills.

Additionally, the USGA has conducted these national championships at Shinnecock Hills: the 1896 U.S. Amateur (won by H.J. Whigham); the 1900 U.S. Women’s Amateur (won by Frances Griscom); and the 1977 Walker Cup Match (won by the USA).

Shinnecock Hills will also host the 2018 U.S. Open, and is the only course to host the championship in three centuries. The 2026 U.S. Open will be the 20th in the state of New York and the 11th on Long Island.

Willie Davis designed the original 12-hole course in 1891 before expanding it to 18 holes in 1895. Members of the Shinnecock Indian Nation helped build the original layout. A series of renovations ensued before William Flynn designed and Dick Wilson built the modern course, inspired by those on the British Isles, in 1931.

"You can’t write the history of Shinnecock without writing the history of the USGA, and vice versa,” said Barrett N. Pickett, Shinnecock Hills president. “Our relationship today is stronger than ever. We are honored to host the 2026 U.S. Open, 130 years after our first in 1896.”

In 1894, Shinnecock Hills was one of the founding clubs of the USGA along with The Country Club in Brookline, Mass., Newport (R.I.) Country Club, Chicago (Ill.) Golf Club and Saint Andrew’s Golf Club in Hastings-on-Hudson, N.Y. It is also the home of the first clubhouse in the United States, designed by Stanford White and opened in 1892.

“We are truly honored to return to historic Oakmont and Shinnecock Hills,” said Mike Davis, USGA executive director/CEO. “The architectural genius of both courses offers a complete test of golf for the world’s best players and a fascinating spectacle for the fans. Both the Pittsburgh and New York markets have been very supportive of the U.S. Open. We look forward to history once again being made at these iconic venues.”

About the USGA
The USGA conducts the U.S. Open, U.S. Women’s Open and U.S. Senior Open, as well as 10 national amateur championships, two state team championships and international matches, attracting players and fans from more than 160 countries. Together with The R&A, the USGA governs the game worldwide, jointly administering the Rules of Golf, Rules of Amateur Status, equipment standards and World Amateur Golf Rankings. The USGA’s reach is global with a working jurisdiction in the United States, its territories and Mexico, serving more than 25 million golfers and actively engaging 150 golf associations.

The USGA is one of the world’s foremost authorities on research, development and support of sustainable golf course management practices. It serves as a primary steward for the game’s history and invests in the development of the game through the delivery of its services and its ongoing “For the Good of the Game” grants program. Additionally, the USGA’s Course Rating and Handicap systems are used on six continents in more than 50 countries.

For more information about the USGA, visit www.usga.org.