More than $1 million in goods were seized along with embroidery machines, which are estimated to have illegally labeled 16 million articles of clothing. 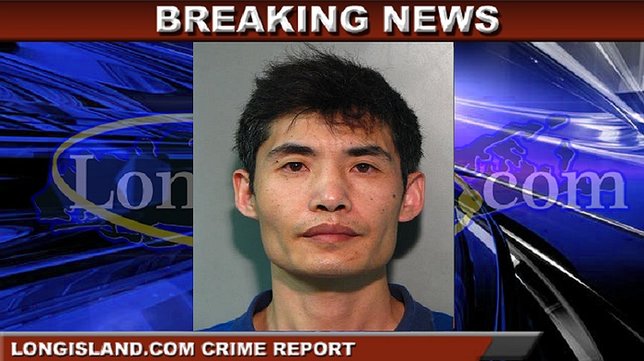 Pictured is Guosheng Hu, 42, of Bayside, Queens, the leasee of the the warehouse in Westbury.

Westbury, NY - June 20, 2016 - Nassau County Executive Edward P. Mangano, District Attorney Madeline Singas, Acting Police Commissioner Thomas Krumpter, Sheriff Michael Sposato and representatives from the United States Department of Homeland Security today announced an arrest in connection with the manufacturing of counterfeit goods in Westbury. More than $1 million in goods were seized along with embroidery machines, which are estimated to have illegally labeled 16 million articles of clothing. Counterfeiting is a billion dollar global industry and the United States is the number one destination for fake merchandise.

County Executive Mangano stated, “Counterfeiting defrauds our consumers by providing them inferior quality goods and robs artists and designers of their work product – all while damaging the designer’s brand with poor quality knockoffs and undermining innovation. More disturbingly, history has shown us these crimes are often linked with other criminal activity including terrorism, the drug trade and organized crime. Most counterfeit goods are also produced in sweatshops notorious for violating child-labor laws and basic human rights. This arrest stops a major distribution chain in its tracks.”

On Thursday, June 16th County Deputy Sheriffs were executing a Landlord Tenant Warrant of Eviction at a commercial warehouse in Westbury and observed hundreds of boxes of assorted clothing and industrial type embroidery (brand name labels such as North Face, True Religion, Lacoste, Polo and Uggz) staged to be attached to clothing.

While waiting for a search warrant, the Third Squad was notified by the landlord that the tenant was responding to pay outstanding rent. The tenant arrived at the landlord’s place of business - two blocks from the warehouse – and was placed in custody by police and later charged with Trademark Counterfeiting. Representatives from the United States Department of Homeland Security are further investigating the possible use of seaports and airports as means of delivery and transport of the labels.

“This is an excellent example of a well-organized, multi-agency investigation which led to the disruption and dismantling of this elaborate counterfeiting operation,” Acting Commissioner of Police Thomas Krumpter added. “This arrest will have a tremendous impact on the distribution of this unsafe, subpar merchandise.”