Some 18,000 MTA Long Island Rail Road customers who travel on the Port Washington Branch during the weekend of June 20-21 will face service reductions while contractors demolish the 115 year-old Colonial Road Bridge in ... 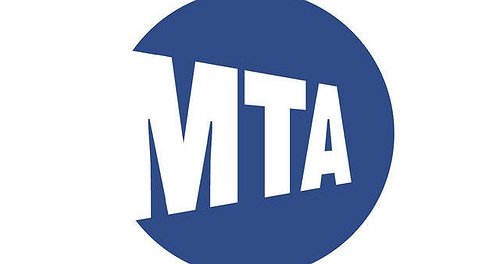 Long Island, NY - June 18, 2015 - Some 18,000 MTA Long Island Rail Road customers who travel on the Port Washington Branch during the weekend of June 20-21 will face service reductions while contractors demolish the 115 year-old Colonial Road Bridge in the Village of Thomaston near Great Neck Station.

Bus service will replace trains between Port Washington Station and Great Neck Station from 12:04 a.m. on Saturday, June 20 continuing through Sunday, June 21 until train service is restored at 3:15 a.m. on Monday, June 22. At the same time, service on the entire Port Washington Branch will be reduced from half-hourly to hourly during that time period.

The weekend work is part of the LIRR’s $45 million Colonial Road Improvement Project which kicked off in March when the bridge, which spans the tracks in the Village of Thomaston near Great Neck Station, was closed to vehicular traffic. Colonial Road will be closed for one year while the LIRR builds a new bridge, makes significant improvements to drainage problems at track level by building a new retaining wall, and extends an existing pocket track to improve operational flexibility.

Port Washington Branch service is reduced from half-hourly to hourly. Passengers traveling to stations Manhasset, Plandome and Port Washington will get off the train at Great Neck and board buses or vans to their final destinations. Passengers will arrive up to 25 minutes later usual depending upon destination.

Port Washington Branch service is reduced from half-hourly to hourly. Passengers boarding at Port Washington, Plandome or Manhasset will board buses or vans up to 25 minutes earlier than normal for Great Neck where normal train service will resume.

Many Port Washington Branch trains will operate on alternate tracks and platforms – so customer should also play close attention to platform signage when departing.

The entire project is scheduled for completion by the end of 2018. The LIRR’s construction plan was developed in close consultation with Village of Thomaston and local residents as well as neighboring villages in the Great Neck area, the Town of North Hempstead, Nassau County, as well as the New York State Department of Transportation. While most of the Colonial Road Improvement Project is being carried on weekdays during off-peak hours, the demolition work will run continuously, day and night, from the start early Saturday morning until train service is restored after 3:15 a.m. on Monday, June 22 in time for normal Monday morning rush hour service.