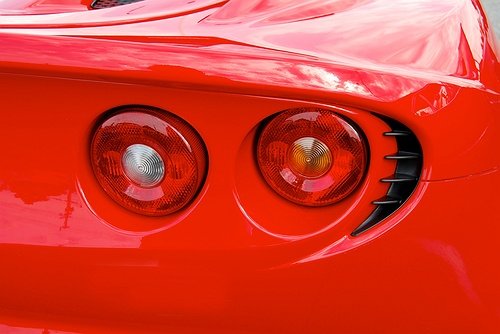 Albany, NY - June 17, 2015 - Attorney General Eric T. Schneiderman today announced a multi-million dollar settlement with three car dealerships, Paragon Motors of Woodside, Inc., d/b/a Paragon Honda; Worldwide Motors Ltd., d/b/a Paragon Acura; and Civic Center Motors Ltd., d/b/a White Plains Honda. The agreement, which returns more than $13.5 million in restitution to consumers, concludes an investigation into these dealerships for alleged unlawful sale of credit repair and identity theft prevention services, and other “after-sale” items to 15,000 consumers – items that in some cases added more than $2,000 in hidden costs and fees onto the sale or lease price of a single vehicle. The Paragon dealerships, which are jointly owned, claim to be the largest combined Honda dealership in the country. Under a consent order agreement signed by the company, they will also pay $325,000 in penalties, fees and costs to New York State.

“When consumers shop for a car, they deserve to be dealt with honestly and fairly – and not to be misled by auto dealers who use deceptive tactics to fleece their own customers,” Attorney General Schneiderman said.  “New York consumers must beware: Car dealerships sometimes pad their pockets by charging for worthless after-sale items, which inflate the price of their car. These items are often ones that consumers don’t need, did not ask for and often are not even told about. Businesses need to make a profit to survive, but it’s illegal to do so by duping consumers.”

This settlement is part of the attorney general’s wider initiative to end the practice of “jamming,” unlawfully charging consumers for hidden purchases by car dealerships. As part of the wider investigation, Attorney General Schneiderman’s Consumer Frauds Bureau recently obtained a consent order that shut down Credit Forget, Inc. (CFI), a New York  company that sold the unlawful credit repair and identity theft prevention services to car dealerships. The dealerships turned around and sold those service contracts at a higher price. It is a violation of state and federal law to charge upfront fees for services that promise to help consumers restore or improve their credit, and contracts that violate the law are void.

Besides the Paragon dealerships, the Attorney General’s Office reached a $41,000 settlement with L.I. Autoworld, Inc., d/b/a Generation Kia in Bohemia, Suffolk County, after an investigation found the company fraudulently sold CFI services and other after-sale products. As part of that agreement, reached earlier this year, Generation Kia, made $16,000 in payments reimbursing 24 consumers. That restitution is profits the company made off consumers related to the unlawful CFI contracts they sold. In addition, the company paid more than $20,000 in restitution to a dozen other consumers who were subjected to deceptive business practices. Generation Kia also paid a $5,000 penalty. The settlement requires Generation Kia to stop using deceptive and misleading sales tactics and to provide documents and disclosures required by law, including the itemization of the cost of after-sale items in sale and lease agreements.

“A car is one of the biggest purchases many consumers make and we must do everything we can to protect them from unscrupulous auto dealers,” said Department of Consumer Affairs Commissioner, Julie Menin. “DCA has taken an innovative and aggressive approach, investigating dealers’ relationships with banks, creating a safe, affordable and transparent auto loan, and obtaining restitution for consumers harmed by predatory actors. We’re thankful to the Attorney General for his hard-hitting actions against businesses that are deceiving New York City consumers.”

The Attorney General’s investigation into the three Paragon dealerships found that, between 2010 and 2014, they used deceptive sales tactics, including charging consumers for credit repair services and other “after sale” items without their knowledge or by misrepresenting that the services were free. The Paragon dealers, all of which are owned by the same individuals, claim to sell or lease approximately 1,000 new and used vehicles a month. According to the investigation, and starting in at least March 2010, Paragon entered into an arrangement with CFI to sell its customers CFI’s credit repair and identify theft protection services. Every time Paragon charged a consumer for these services they violated state and federal laws banning upfront fees for these services.

The agreement requires Paragon to pay $6 million into a restitution fund administered by a third-party administer to be distributed to Paragon consumers with CFI contracts and to provide each of the about 15,000 consumers with a $500 “settlement card” that can be applied to one or more of the following from Paragon:

The Attorney General’s investigation found that Paragon used fraudulent, deceptive, and illegal methods to sell the approximately 15,000 CFI contracts to consumers. After a consumer worked with a salesperson to choose a car, they met with a “Finance & Insurance Manager” who attempted to sell them additional products such as extended warranties, a security system and credit repair services. In many instances, the investigation showed, Paragon simply charged consumers for the credit repair services and concealed that they were charging consumers. In others instances, Paragon allegedly falsely told consumers, who said they did not need or want the services, that the services were free. Some consumers were sold the services without their knowledge despite the fact that they had excellent credit.

In addition to charging consumers for credit repair and identity theft prevention services without their knowledge or consent, the Paragon dealers added on charges for other after-sale items, like tire protection and Lo-Jack, without clearly disclosing what they were charging for such items. The costs of these items were often bundled into the vehicle sale price and not separately itemized. As a result, often unbeknownst to the consumer, the price of the car stated on purchase and lease documents was inflated by the amount of these after-sale items.

The Attorney General’s investigation further found that the dealerships failed to provide required disclosures, such as a consumer’s rights to cancel the credit repair services contract. In addition, the dealerships sometimes negotiated purchase and lease terms with consumers in Spanish and then only provided contracts and documents in English. New York City law requires that when the terms of an installment agreement are negotiated in Spanish, the seller must provide documents translated in Spanish.

The settlement prohibits Paragon from:

According to the Attorney General’s investigation, L.I Autoworld used deceptive sales tactics to sell CFI’s credit repair services and other after-sale items to consumers. They failed to provide sufficient time for consumers to review their financing documents and sometimes failed to give consumers copies of those documents, and enticed consumers to enter into high monthly payments with the false promise that the consumer could refinance in six months.

The Attorney General also served notice of his intent to sue eleven automobile dealerships who allegedly engaged in similar practices. They are:

The office is continuing to investigate other New York auto dealers that sold or sell after-sale services, including Manfredi Auto Central LLC on Staten Island, which allegedly sold more than 1,400 CFI contracts.  The Attorney General filed a motion to compel documents from Manfredi, after it refused to comply with an investigatory subpoena.

Consumers who believe they have been jammed with unwanted products or services or who were sold CFI’s credit repair services by a car dealership are urged to file complaints online or call 1-800-771-7755.