By 2016, Travel to Mets Games & U.S. Open Will Be Easy for Mobility Impaired. 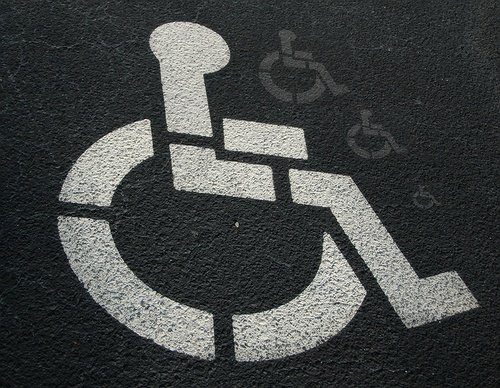 Long Island, NY - September 4, 2014 - The MTA Long Island Rail Road’s Mets-Willets Point Station, the destination for U.S. Open tennis and New York Mets baseball, will be fully accessible to the disabled for the first time in 2016 as part of a $9.7 million station renovation.

The renovation plan calls for the installation of an elevator that will lift those with mobility impairments from the LIRR platform up to the New York City Parks Department passarelle that leads to Flushing Meadows-Corona Park, the Billie Jean King Tennis Center and Citi Field, home of the Mets and, on occasion, other events. Other ADA enhancements include the installation of tactile warning strips at the edges of the platform and the construction of new staircases with fully compliant guardrails and handrails.

“The MTA and the Long Island Rail Road are committed to doing our part so LIRR customers with disabilities can attend the U.S. Open, Mets games and other special events that come to Flushing Meadows Park,” said MTA Chairman and CEO Thomas F. Prendergast. “A design firm with expertise in compliance with the American with Disabilities Act (ADA) is drawing up the plans right now and construction is scheduled to begin next year.”

Current plans call for the station will be fully renovated by 2016 with the LIRR continuing its service uninterrupted to Mets-Willets Point during construction.  Other improvements to be made at the station include station the extension of the platform to accommodate 12 car trains, a new canopy fully covering the platform and new lighting and communication systems.

ADA accessibility has been a priority at the LIRR, which has focused first – as required by the law when it was passed in 1990 - on providing access at its busiest stations. Although Mets-Willets Point Station, located on the Railroad’s Port Washington Branch, is strictly a special events station, open only when the Mets are playing or the U.S. Open is underway, ADA accessibility has long been an issue raised by customers and local elected officials. The station was opened in 1964 for the 1964-65 World’s Fair, but it was built without special accommodations for people with mobility impairments.

Flushing Meadows has always been accessible to the disabled via LIRR and subway. The LIRR advises customers who are mobility impaired that they can reach the venues at Flushing Meadows by taking the LIRR to Woodside Station where an elevator is available to connect to the No. 7 Flushing Line subway train for the trip east to the Mets-Willets Point subway station. From the subway station an ADA ramp connects to the park. To return to Woodside after the game, customers with mobility impairments should board the No. 7 subway and travel one stop east to its end point, the Flushing-Main Street Station, the change for a westbound train.

The LIRR has 124 stations. Today, 105 stations are wheelchair accessible in compliance with the requirements of the Americans with Disabilities Act, which was passed in 1990. The LIRR is currently working to make five additional stations (including Mets-Willets Point) wheelchair accessible. All five projects are under design.

Under ADA, the LIRR was required to establish an ADA Key Stations Plan. This was finalized in June 1992.  It established 18 LIRR stations throughout the system which are transfer points, major activity centers, key connection points for bus service, etc.  The idea was the 18 key stations would have all ADA features (elevator/ramp, tactile, accessible restrooms, etc.) and could serve as a hub for accessibility. All 18 key stations were made fully compliant in 1999.

LIRR customers can find the closest wheelchair accessible station by going to the MTA LIRR website at www.mta.info/lirr or by contacting the LIRR’s Customer Service Center by calling 511, the New York State Travel Information Line, and say: Long Island Rail Road. If you are deaf or hard of hearing, use your preferred relay service provider for the free 711 relay to reach LIRR at 511.

Photo by nem_youth via Free Images