A Bronx-to-Suffolk County heroin distribution network was dismantled with 10 suspects arraigned on conspiracy to distribute heroin, A Deer Park man and his brother are charged as major traffickers. 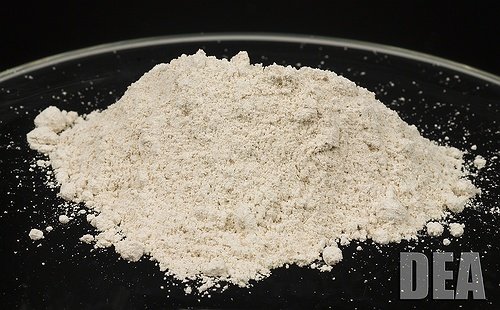 Suffolk County, NY - June 17, 2015 - U.S. Drug Enforcement Administration (DEA) Special Agent in Charge James J. Hunt, Suffolk County District Attorney Thomas Spota and the Special Narcotics Prosecutor for the City of New York Bridget G. Brennan today announced at a news conference in Riverhead the arraignments of an alleged Deer Park heroin trafficker, Winston Rose, the arrest of his Bronx heroin supplier, Robert Maldonado, and nine other men and women charged in an indictment on conspiracy and trafficking charges.  The investigation was a collaborative enforcement effort between the Office of the Special Narcotics Prosecutor, the office of the Suffolk DA, the DEA’s Long Island District Office Task Force and the Narcotics Section of the Suffolk County Police Department.

Throughout the course of the investigation, detectives and agents identified additional suspects involved with Rose in the sale of heroin in Suffolk County to both street users and other Suffolk heroin dealers.  The DEA’s Long Island District Office Task Force, an enforcement team comprised of agents and officers from the DEA, the Suffolk District Attorney's Office, the Nassau County District Attorney's Office, Hempstead Police Department, Suffolk County Sheriff’s Office and Nassau County Police Department Narcotics Unit conducted the investigation which established heroin mill operator Maldonado drove from the Bronx to Deer Park on a weekly basis to deliver between 10 and 25 sleeves of heroin at a time. Maldonado made at least eight of these trips to Deer Park between April 17 and May 28.  (A sleeve of heroin contains 100 glassine envelopes each containing a single dose of the drug.)

DEA Special Agent in Charge James J. Hunt stated, "In the big picture, these arrests give the public a good idea how heroin trafficking organizations are being tracked down by law enforcement - from the drug kingpins secretly selling poison throughout their own communities, to their heroin source who is responsible for supplying these monsters with thousands of ready-to-use heroin filled envelopes on a weekly basis. One by one, heroin trafficking organizations are being identified, investigated and dismantled by law enforcement at all levels, continuing our fight against opioid addiction."

Bridget G. Brennan, the Special Narcotics Prosecutor for the City of New York, said, “This case is an excellent example of the strategy that is required to make a dent in the heroin epidemic that is sweeping across our region. By working together with Suffolk District Attorney Spota’s office and our partners in law enforcement we were able to dismantle the local distribution network on Long Island and identify and arrest those responsible for the supply.”

District Attorney Spota said the indictment unsealed by State Supreme Court Justice Richard Ambro this morning charges Rose, 35, and his 31-year old brother Uriel Rose of Bay Shore, with Operating as a Major Trafficker, a class A-1 felony punishable upon conviction by a prison term of 25 years to life and Conspiracy in the second degree, a class B felony punishable by maximum of eight and one-third to 25 years in prison.

District Attorney Spota said the scale of the heroin network is illustrated in the fact that during a six week period of the investigation, the Rose brothers purchased 20,200 bags of heroin, mostly from Maldonado, some from Rose’s other source of supply now charged with Conspiracy in the second degree, Kenny Gonzales, 24, of North Bay Shore, for $3.50 per bag. Investigators learned that Rose sold, on average, 326 bags of heroin per day, grossing $3,260 dollars.

“It is important to contrast the life of this alleged dealer, Mr. Rose, with the desperate daily existence of his customers, the men, women, and the teenagers who made wrong choices and developed an opioid addiction.  Being a longtime intravenous drug user, Rose’s customer typically spent all of their own money as well as the cash they raised by stealing, often from their own families, to pay for their next fix,” said DA Spota.

“Winston Rose buys and sells heroin everyday but he isn’t in desperate need of a bed in a drug rehabilitation facility.  Winston Rose doesn’t use heroin.  His addiction is to a profit margin made by paying $3.50 for one dose of heroin from his suppliers, and then selling that same dose to an addict on the street for $10.”

According to information gathered by law enforcement, the Rose brothers, each with extensive criminal histories, masqueraded as legitimate businessmen by operating an Event Management firm doing business as Toney Rose’s Catering or Toney Rose’s Events. The alleged business manager of the company was their codefendant Desiree Deitz, 33, of Rocky Point.

“These companies are a sham but are a necessity for the defendants to launder their cash profits from heroin sales,” DA Spota said.  Because he was on parole, Winston Rose needed to appear as though he ran a legitimate business.  “Make no mistake - despite the façade of business addresses, a website and a fleet of expensive cars that are titled to the Toney Rose companies, the defendants are in the drug business, a million dollar a year heroin sales network.”

The wiretaps on the Rose phones were extremely active.   During the six and a half weeks the wiretaps were active there were a minimum of 500 intercepted calls per day and on one day 1,200 intercepted phone calls from both dealers and addicts looking for heroin. Heroin buyers often came by a Rose residence and to their purported business at 259 Bayshore Road in Deer Park. Drug runners working for Winston Rose often sold heroin in the Northport Village area.

D.A. Spota said search warrants were executed in Suffolk County at three locations.  At one of the locations in Deer Park, a loaded .22 caliber revolver, $70,000 in cash and two 2 ounces of powder cocaine were seized.  At the third location in Central Islip, a “clean address” Winston Rose used in his dealings with the NY State Division of Parole, no drugs, weapons or cash were recovered.

“Partnerships in law enforcement ensured the successful outcome of this investigation,” Suffolk County District Attorney Thomas Spota said.  “The key components of the conspiracy to sell heroin were methodically identified and our collaboration of resources shut it down.”