After a six-day trial Ronald Cianciulli is convicted for his role in the illegal dumping of construction debris in 2014 in Deer Park, Suffolk County DA Thomas Spota said. 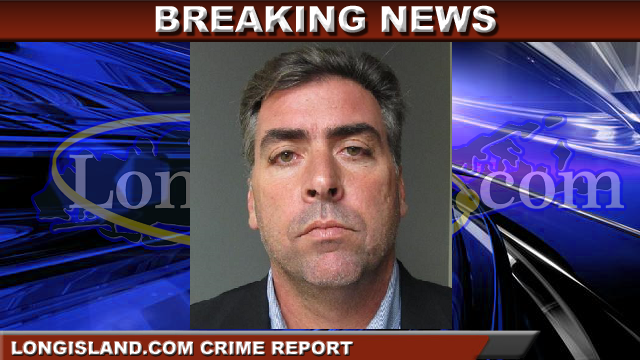 Pictured is Ronald Cianciulli, 49, owner and operator of Atlas Asphalt in Deer Park.

Justice Camacho convicted Cianciulli, 49, the owner and operator of Atlas Asphalt in Deer Park, of three charges of endangering the public health, safety or the environment and one count of operating a solid-waste management facility without a permit.  The Justice acquitted Cianciulli of criminal mischief in the second degree and of engaging in regulated activities within mapped freshwater wetlands without a permit, a violation.

The criminal probe by the District Attorney’s Office of the dumping of toxic construction materials trucked into Suffolk from New York City began in April of 2014 and culminated in the indictment of Cianciulli, Thomas Datre Jr. and others seven months later.  The indictment, District Attorney Spota said at the time, “details a portrait of greed that has left Suffolk County with an environmental catastrophe.”

Two months ago, Cianciulli’s codefendant Thomas Datre Jr. pleaded guilty to four felony charges of endangering the Public Health, Safety or the Environment in the third degree for the dumping of the contaminated debris at the Deer Park site and three other locations, including a town park in Brentwood.

“Today’s guilty verdict properly establishes Mr. Cianciulli’s responsibility for his role in the contamination of this fragile marine environment in the watershed of the Great South Bay, an ecosystem that is protected under federal and state law,” District Attorney Spota said.  During the trial, a DEC official testified that approximately over 2,000 cubic yards of toxic debris were dumped in the wetlands area.

Cianciulli was charged with six crimes related to the dumping of construction debris on a protected wetlands parcel on Brook Avenue in Deer Park. Today’s verdict:

Endangering 3rd degree:  Reckless Release of a Substance Acutely Hazardous:
for the reckless release of the insecticide Dieldrin.  Because of concerns about damage to the environment and potentially to human health, the EPA banned all uses of Dieldrin in 1987.  One count, Guilty.

Endangering 3rd degree:  Reckless Release of more than 2,000 pounds of aggregate weight of a substance hazardous:  One count Guilty.

(Both Endangering in the third degree charges are class E felonies punishable by a maximum prison term of one and one-third to four years and a maximum fine of $225,000.   Upon conviction, the law calls for the defendant to pay for the cost of legally disposing of the hazardous waste unlawfully possessed and restoring to its original state the area where substances were released unlawfully.)

Endangering 4th degree:  Reckless Release of a Hazardous Substance:  For the reckless release of Asbestos.  Highly regulated by both OSHA and the EPA because epidemiologic evidence has increasingly shown that all asbestos fiber types cause mesothelioma and cancer of the lung in humans.  One count Guilty.

(Endangering in the fourth degree is a class A misdemeanor punishable by a maximum jail term of one year and a maximum fine of $150,000.   Upon conviction, the law calls for the defendant to pay for the cost of legally disposing of the hazardous waste and restoring to its original state the area where substances were released unlawfully.)