In Long Island alone there are 5,487 residents living with Kidney Failure and 3,497 Long Islanders that depend on dialysis to stay alive. 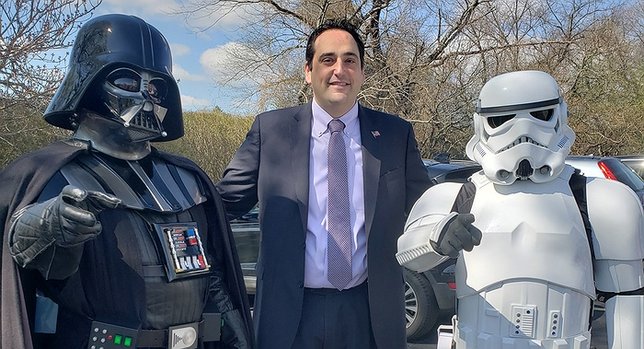 Melville, NY - June 4, 2018 - On Thursday April 26, Supervisor Chad A. Lupinacci gave opening remarks and participated in the ribbon cutting ceremony at the third annual Kidney Nation NetWalk at the Greenway Plaza Office Park.
The generosity and community involvement of Long Island residents was on full display. Supervisor Lupinacci was inspired by the fundraiser and its participants, especially because of his personal connection to the cause: “In the NYS Assembly, I followed in the footsteps of my predecessor, the late Assemblyman Jim Conte,” said Supervisor Lupinacci. 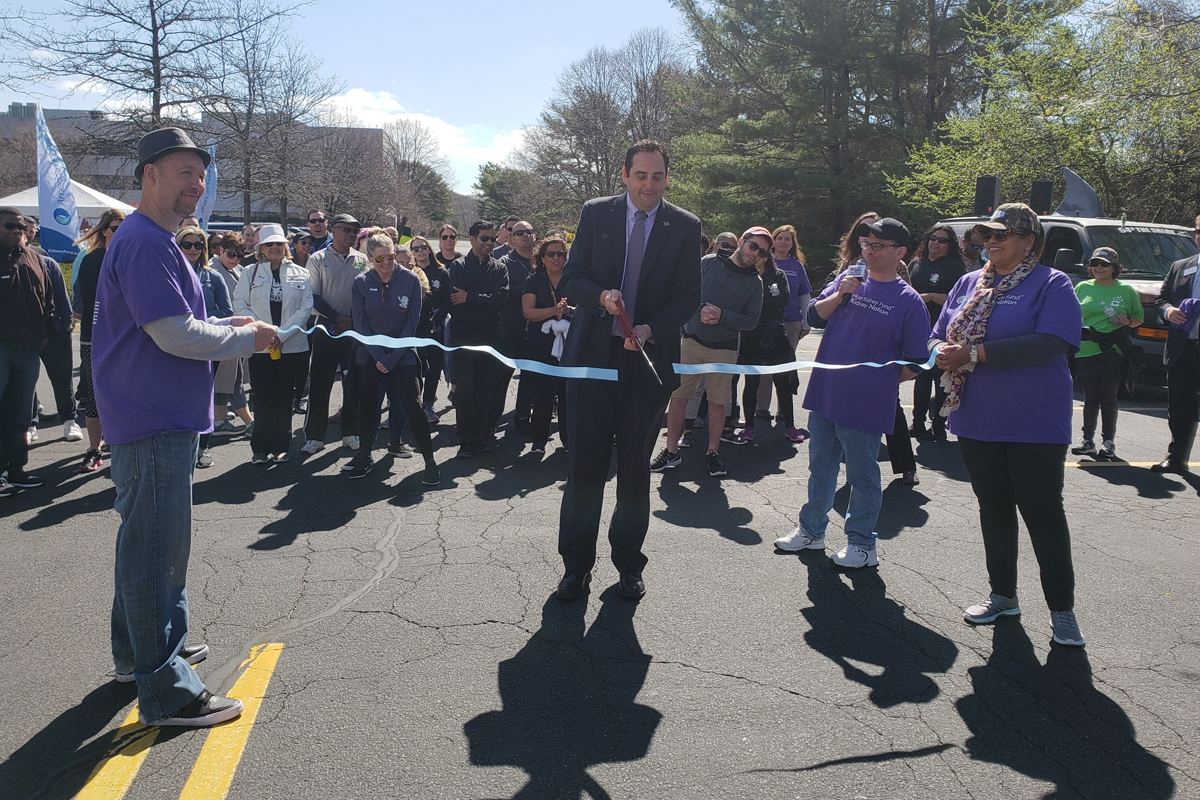 Supervisor Chad A. Lupinacci (center) cutting ribbon. Photo Credit: Town of Huntington
Supervisor Lupinacci was proud to note that Jim Conte helped to draft the legislation for Lauren’s Law, and also mentioned his own work “co-sponsoring legislation requiring school districts to include organ donation in health class curricula and helping to pass budgets that increased funding for organ donation awareness.”
Supervisor Lupinacci extended his thanks to the American Kidney Fund for organizing the event and the many Long Island residents that came out to support the cause.
Participants of the event, sponsored by the American Kidney Fund and local businesses, contributed to the important effort of helping Long Island Residents suffering from Kidney Disease. In Long Island alone there are 5,487 residents living with Kidney Failure and 3,497 Long Islanders that depend on dialysis to stay alive. The American Kidney Fund’s fundraising initiatives have been able to provide $800,000 in assistance to Long Island residents suffering from Kidney Disease.