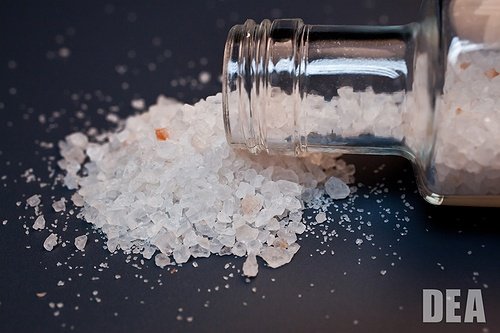 Flakka and bath salts are both drugs classified as cathinones.

“The Board of Health has brought to my attention the emergence of this substance and its devastating effects on the human body,” said Dr. Tomarken, Commissioner of Health Services. “Flakka is exceptionally dangerous. Parents and guardians, children, adults, educators, law enforcement and health professionals need to be aware of its potentially devastating effects.”

Dr. Stephen Dewey, Suffolk County Board of Health member and addiction researcher at the Feinstein Institute, said, "These new synthetics compounds can impact the brain and its development during adolescence.  In high doses, they can and they have killed."

According to Dr. Dewey, Flakka is similar to a group of drugs commonly known as bath salts. Both of these drugs are amphetamine-like substances called cathinones. Both are illegal.  Currently, Flakka has been seen predominantly in southern Florida, where over 300 overdoses and 10 deaths have been reported.

Flakka can be eaten, snorted, injected, or smoked.  Its physical appearance resembles grains of sand, salt, or gravel. The effect on the brain and central nervous system is profound and, in some cases, irreversible.  At high enough doses, it is lethal.

Flakka-induced seizures, severe disorientation, anxiety, agitation, delirium, hallucinations, paranoia, psychosis, heightened awareness, feelings of extreme strength, and increased blood pressure and heart rate have been reported. The extreme strength exhibited by those who have used Flakka has often required victims to be subdued by force.