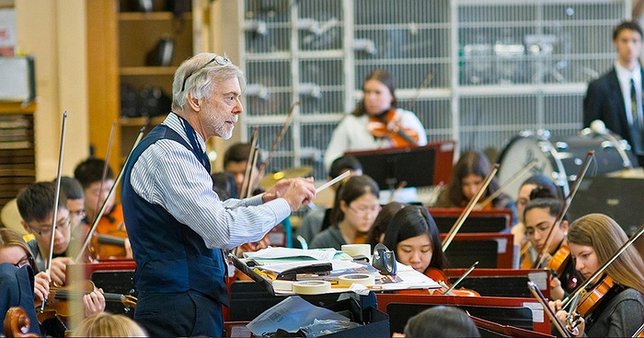 The Long Island Music Hall of Fame (LIMHoF) is excited to announce that nominations are open for the 2019 Music Educator of Note Award, recognizing outstanding achievement in Long Island music education.

The Music Educator of Note Award celebrates those that allow young people to explore their talents in music. The award recipient will be an individual who has worked with children in public, private or regional programs in Brooklyn, Nassau, Queens or Suffolk County.

"We are delighted to continue acknowledging the amazing music teachers that bring their love for music and passion for education to the classroom and their districts every day," explained Ernie Canadeo, Chairman of LIMHoF.

Nominations must be received by September 30, 2019. All previous nominees are eligible for consideration, and past applications will be reviewed without resubmission. Successful nominees will receive a Certificate of Merit.

Visit here to enter the 2019 Music Educator of Note.For more information, contact LIMHoF's Board Member for Community Outreach, Kelly Leung, at (516) 938-1626 or kellyl@limusichalloffame.org.

Founded in 2004, the Long Island Music Hall of Fame is an organization dedicated to the idea that Long Island's musical heritage is an important resource to be celebrated and preserved for future generations. The organization, which encompasses New York State's Nassau, Suffolk, Queens, and Kings (Brooklyn) Counties, was created as a place of community that inspires and explores Long Island music in all its forms.

To date, the organization has inducted more than 100 musicians and music industry executives, and also offers education programs and scholarships to Long Island students, sponsors the Long Island Sound Award, and features traveling educational exhibits, including a state-of-the-art mobile museum. Visit their website at: http://www.limusichalloffame.org/.