The Knicks and Nets both had winning weeks, but the Giants and Jets were soundly defeated.

After going 3-0 in the first week of the new season the Knicks punched another notch in the wins column, this time against the 2011 champion Dallas Mavericks. Carmelo Anthony racked up 31 points and 7 rebounds, while JR Smith scored 22 off the bench.

Trailing 57-55 at the half, New York held Dallas to a mere 37 points in the second. The strong defensive performance led to a 104-94 victory and a 4-0 start to the season, leaving the Knicks as the only undefeated team left in the NBA and marking the first time they have won their first four games since the ’93-’94 season. The team has not allowed anyone to score 40 points in the second half of any of their games thusfar.

The Knicks will attempt to keep their winning streak going against the Magic tonight at 7 o’clock.

That same Orlando team just lost handily to the Brooklyn Nets in two games played over the past week. The first was an entirely lopsided show in Florida; the Magic held their own in the first period trailing by only 2 at its end, but were swiftly put down in the second and could never recover. Kept under 20 points in each quarter, Orlando eventually fell by a final score of 107-68. In a rare oddity, not a single player from the Magic made it to the free-throw line all night.

Having been thoroughly embarrassed at home, Dwight Howard’s former team made a point of being more competitive when the series came to the Barclays Center. Though the Magic could not muster more than 18 points in any of the first three quarters, they only lost by a final of 82-74 this time around. A 35-17 first period ultimately determined the night’s outcome, despite the Nets being outscored in each of the ones that followed.

Coming off a 30 point loss to the Heat, the Nets now stand at 3-2. They play their next game against Cleveland tonight at 7:30.

Jets Travel to Seattle After Bye

The picture painted this weekend was a far less rosy one for football fans. Mark Sanchez went a mere 9/22 for 124 yards in a 28-7 loss to the Seahawks this Sunday. 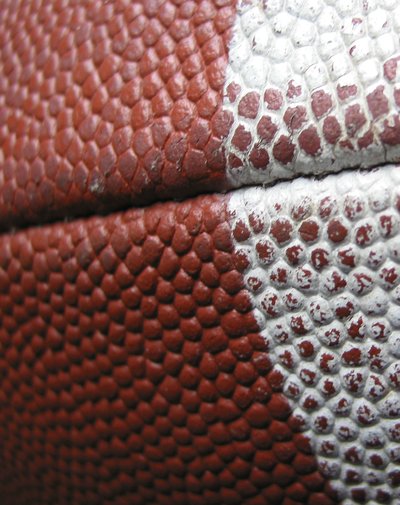 An extra 8 yards on three attempts (and completions) from Tim Tebow did little to stem the tide, as Sanchez could not put up a touchdown to match his interception in the first half. The Jets’ only scoring play came off a fumble recovery by Muhammad Wilkerson in the opening quarter.

On the other side of the ball, Russell Wilson only went 12/19 for 188 yards, but threw two touchdowns and had no interceptions in the process. Even wide receiver, Golden Tate got in on the fun with a 23 yard flea flicker to Sidney Rice for a TD.

As the Jets continue to struggle to find a place for their “wildcat” QB Tebow, it would seem other teams are having no trouble getting productivity when putting the ball into the hands of non-quarterbacks against Gang Green.

Now 3-6, the Jets are tied for last place with the Bills in the AFC East. They play in St. Louis this Sunday at 1 PM.

The Giants may be sitting atop the NFC East, but their latest showing was hardly any prettier than that of their Meadowlands compatriots. Cincinnati got off to an early 14-0 start from which New York would never recover. In fact, Big Blue would only score 13 points as the Bengals put up another 17.

Eli Manning went 29/46 for 215 yards; in an ongoing slump he threw two interceptions and, for the third straight week, could not manage a touchdown. Fan favorite Victor Cruz was a non-factor, accounting for only 26 of those yards on 3 receptions.

The running game was only marginally more effective. Ahmad Bradshaw picked up 57 yards on 10 carries while Andre Brown ran for 65 yards and the team’s sole TD on 7 touches.

The Giants have struggled to win games during the month of November in recent years, despite an otherwise respectable record. Fortunately they have one less game to worry about this season, with a bye next week affording them an opportunity to recover.

Standing at 6-4, Big Blue’s lead in the NFC East has been cut to a game and a half as the Cowboys improved to 4-5 in a win over the Eagles.

Excited for a fresh NBA season? Disaapointed in your football team's perfromance? Let us know about it on the Long Island Sports Forum.