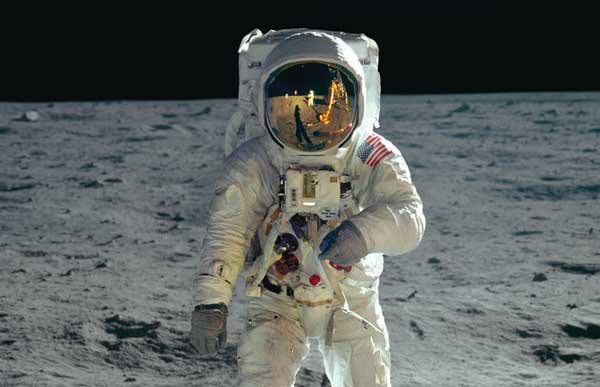 In all of human history, the Apollo 11 moon landing on July 20, 1969 was one of mankind's greatest achievements.

"The only spacecraft that was built to take humans to another world was built right here on Long Island and that's really an amazing thing," Cradle of Aviation Museum Curator Joshua Stoff said.

Stoff is the curator of the aerospace museum in Garden City, which is home to the world's most extensive collection of artifacts from the lunar module. It was that engineering marvel that carried astronauts to the moon and was designed and constructed by Grumman Aerospace, including former workers Mike Lisa, Ross Bracco and his slide rule, and Alan Contessa.

"Put a goal out there and I'm going for it," Lisa said. "It was an engineering masterpiece," Contessa said.

Contessa was one of those responsible for the insulation that protected the spacecraft. This summer, the museum will celebrate the 50th anniversary of the first lunar landing, complete with a countdown clock and a host of events, which is sponsored by Bethpage Federal Credit Union.

"We were founded in 1941 by the employees of Grumman Corporation, and that's how we became a credit union," Bethpage Federal Credit Union VP Linda Armyn said. "We were originally the Grumman Credit Union and we love to be involved in this museum.” This museum houses the actual lunar module that would have gone to the moon aboard Apollo 19 had that mission happened.

The scale of the exhibit is precise. Look up and you can see the Earth exactly as the astronauts did. "At least they got there, but now we got to get them back home," Bracco said. "It's still, you know half the journey.”

"Taking off from the moon, I thought that was the most dangerous part of the mission," Contessa said. "So many things had to happen perfectly, otherwise, you know, it would have been a disaster."

The program ended with Apollo 17 and with an extraordinary safety record. "50 years ago, young men and women had a dream to go to the moon, and they did it right here on Long Island," Cradle of Aviation Museum President Andrew Parton said.