Overcoming Night Eating Syndrome; from my Nightmare to a Living Dream

Joyce Trow Babik, MA, CCC shares her story of her struggles with NES. 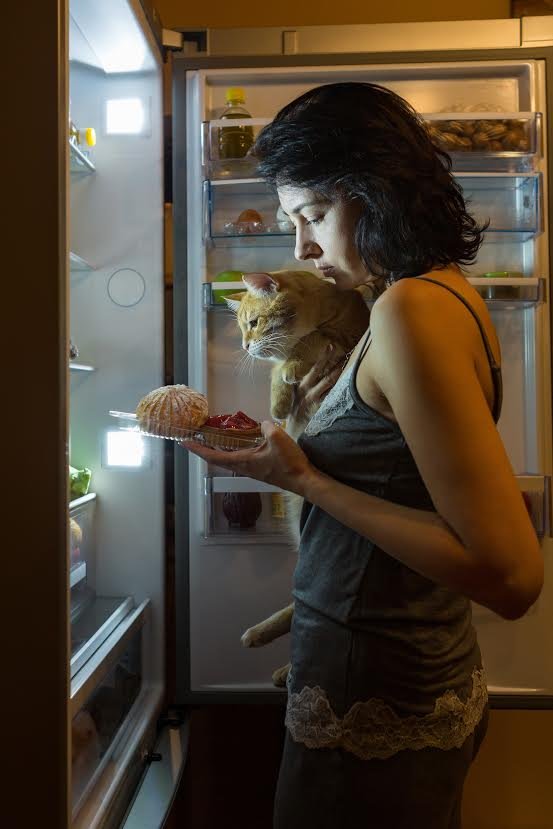 Joyce Trow Babik, MA, CCC, SLP is a clinical supervisor and Assistant Professor at LIU Brooklyn. After discovering that she suffered from night eating syndrome, a disorder which has been the subject of increasing scientific study in recent years, she sought help and achieved full recovery. Now she is sharing her story to help others with the same condition.
May 24, 2016 - Most people have never heard of night eating syndrome, (NES). NES is a condition whose pathophysiology and treatment has previously been poorly understood. NES is characterized by repeated, involuntary, episodic eating that occurs during nighttime sleep. The food that is consumed may be of a great quantity, and is often high in calories. There can be one or more episodes many times each week. The next morning after binging, the person may feel full and have a poor appetite. There is typically no or only partial memory of the nights events, but one may wake to find the kitchen or the bedroom is a mess. The shame about this uncontrolled act is ever present. The frustration about not being able to control this behavior is beyond any words I can write. Not only can this binging behavior lead to weight gain, it may also be significantly disruptive to sleep. The clinical implication of this night eating pattern is that this type of food consumption can be hazardous to the individual’s overall physical and emotional health.
The good news is that in recent years there has been greater scientific understanding of this disorder. There is a biological component to the disorder that now can be addressed. Evidence based practice can result in the patients full recovery. After 46 years of suffering, I am one such patient. I am forever grateful.
Until recently, I had no idea that there was any treatment for this problematic pattern of consumption. I tried to manage what I thought of as my own idiosyncratic behavior. I tried all kinds of diet products, self-help books, weight loss groups, CD recordings, exercise programs, etc. Some of these attempts allowed for a temporary reduction of symptoms. They also provided opportunities to bond with other people with compulsive eating patterns. Unlike others who were successful with these products and techniques, my symptoms always came back.
While researching to find help for another family member, I recently learned that eating disorders specialists were making inroads into the treatment of NES. I had not known that this condition actually had a name, and that care was available. I attended an open family support group at a center in Garden City. On that first session, I had a strong sense that I was finally at the right place. The support group was lead by Susan Jungman, LMHC, MHA. Susan is a certified E.D. Specialist and Program Director for ED 180. Her welcoming and inspiring presence made me feel optimistic for the first time in years.
I became a patient at ED 180 in Garden City. Susan became my therapist. Together we created an individualized multidisciplinary treatment plan. Susan’s competence was evident, which helped me sustain my efforts to recover. At times I might have given up, but with her guidance and encouragement, I stayed the course. Beyond my wildest dreams, step by step my symptoms started to decrease. Then the miracle happened. My symptoms left. I achieved full recovery. It has now been 6 months of complete remission from all of my maladaptive eating behaviors.
I recently shared my story at an Eating Disorders conference at Hofstra University. I was enthusiastically received. Several people approached me after the talk, to let me know I was also telling their story. It is because of their feedback, that I want to reach out to others who may also be suffering with this condition. Hopelessness can be transformed into hope and optimism. You don’t have to be alone. Help is now here.
---
If you have comments or questions Joyce can be contacted by email at joysuetrow@aol.com. For state of the art treatment she recommends contacting Susan Jungman at ED 180. Susan's email address is susanjungman249@gmail.com She can also be reached by phone at 516-637-0965.