The renaming was held in honor of a couple known for their dedication to the preservation of African American art, music, culture and traditions. 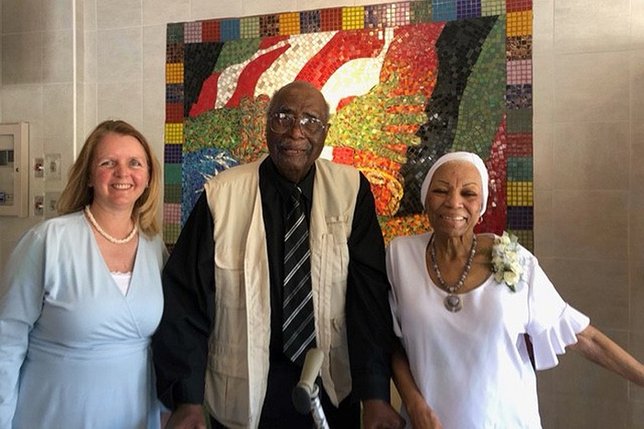 Photo by: Office of Legislator Mulé

Nassau County Legislator Debra Mulé (D - Freeport) joined Nassau County Executive Laura Curran and her government colleagues to celebrate the renaming of the African American Museum of Nassau County in honor of Joysetta and Julius Pearse.
The renaming ceremony was held in honor of a couple known for their dedication to the preservation and promotion of the rich history of African American art, music, culture and traditions. Their African Atlantic Genealogical Society, a nonprofit which has helped hundreds discover their family’s roots, has overseen the museum’s operations for nearly a decade. In addition, Julius Pearse made history in his own right in Freeport, where he was the first Black man to serve as a Freeport PD officer.
“Powered by a passion for educating and inspiring future generations, the Pearse family has dedicated themselves to this noble cause for many decades,” Legislator Mulé said. “It was a privilege to share this historic moment with Mr. and Mrs. Pearse and thank them for their tireless, ongoing efforts to enlighten and inform Nassau County residents.”