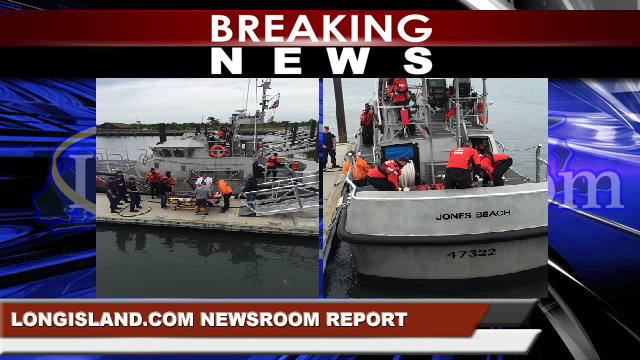 A 22-year-old man required medical evacuation from his vessel after suffering injuries, including possible head trauma.

At approximately 11 a.m., Coast Guard Sector Long Island Sound command center watchstanders were contacted by the fishing vessel Enterprise on Channel 16 VHF with an injured crewmember aboard requesting to be evacuated from vessel.

The 75-foot clam dredge, homeported in Cape May, New Jersey, reported a 22-year-old man injured after falling off deck gear and sustaining lacerations to the face with possible head trauma.

The Town of Oyster Bay marine constables responded to the VHF communications and also had an EMT aboard their vessel.

Subject was evaluated by EMTs and deemed fit to effectively be transferred from the fishing vessel to the Coast Guard small boat.

Coast Guard transported subject to Station Jones Beach, where an Emergency Medical Service was standing by. Subject was then transported by Nassau helicopter to Nassau Medical Center for treatment of his injuries.