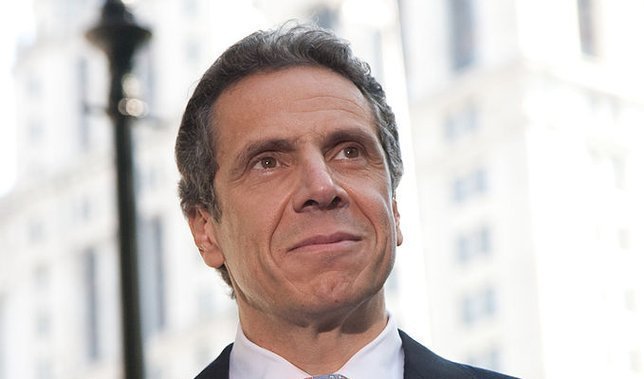 Albany, NY - May 12, 2017 - Governor Andrew M. Cuomo today announced that New York State's tourism industry set new records for total number of visitors, economic impact and direct spending in 2016. Last year, a record 239 million visitors traveled to New York State, generating an economic impact of $104.8 billion – exceeding $100 billion for the third straight year. In addition, visitors generated an all-time high $64.8 billion in direct spending. These figures each represent a nearly three percent increase over 2015, supported by the governor's unprecedented investments in the state’s booming tourism industry.
"New York's rich culture, diverse history, scenic beauty and outdoor reactional opportunities are second to none," Governor Cuomo said. "With a record $104.8 billion economic impact, New York’s tourism industry is stronger than ever before and as we continue to invest in the success of world-class destinations and attractions found at every corner of the state, more and more visitors will come to experience everything New York has to offer."
Tourism statistics were provided by Tourism Economics, an internationally recognized travel data firm, using the Impact Analysis for Planning (IMPLAN) input-output model for New York State, utilized worldwide by governments, universities, and public and private sector organizations. The model follows the flow of sales through the economy to the generation of GDP, employment, wages and taxes.
Economic Impact: $104.8 billion
The total economic of tourism statewide reached a record $104.8 billion, exceeding $100 billion for the third straight year, an increase of nearly $18 billion compared to 2011.
Direct Spending: $64.8 billion
Visitors to New York State in 2016 generated $64.8 billion in direct spending, nearly three percent higher than in 2015, and almost $11 billion more than in 2011.
State and Local Taxes: $8.2 billion
New York State tourism generated $8.2 billion in state and local taxes in 2016, a nearly three percent increase over 2015, saving each household an average of $1,133 in taxes.
Employment: 914,000
Tourism remains the fourth largest private sector employer in the state, supporting more than 914,000 jobs, according to the New York State Department of Labor. The tourism industry was also responsible for nearly $21 billion in direct wages, a 25 percent increase from 2011.
Additionally, New York welcomed a record 239 million visitors in 2016, 36 million more than when Governor Cuomo took office in 2011. Additionally, passenger counts at all New York State airports increased more than five percent in 2016, with a nearly four percent jump in hotel room demand.
Empire State Development President, CEO & Commissioner Howard Zemsky said, "Governor Cuomo's unprecedented commitment to growing tourism is producing results for New Yorkers, with more and more visitors coming to our communities and spending billions of dollars at local businesses and attractions. From the majestic Niagara Falls to the beacon of freedom that is the Statue of Liberty, New York has iconic destinations for any interest and we both encourage and welcome all to visit and experience the Empire State."
Senator Rich Funke, Chair of the Senate Committee on Cultural Affairs, Tourism, Parks & Recreation said, "These numbers confirm that tourism is growing jobs and attracting investment here at home in our Finger Lakes Region and all across the State of New York. The tourism sector now employs nearly one million of our fellow New Yorkers, supporting almost one in every ten jobs in our state today. I thank Governor Cuomo for his partnership in helping to promote the many unique assets that will attract more visitors and jobs to New York in 2017 and beyond."
Assembly Member Daniel J. O'Donnell, Chair of the Committee on Arts, Tourism, Parks and Sports Development said, "This record-breaking increase in tourism is a clear indication of the investment the state legislature and the Governor have made in one of our great state’s largest industries. While I’ve become very familiar with the beauty of upstate New York from my trips to and from Albany, and around the state during my time in the legislature, programs like Taste New York and other I LOVE NEW YORK initiatives highlight this value for residents of New York City or those passing through our state. As Chair of the Arts and Tourism committee, I look forward to continuing to advocate and support this important economic driver throughout the state along with Governor Cuomo."
New York State features 11 beautiful vacation regions, featuring landmarks such as Niagara Falls, the largest park in the continental U.S. in the Adirondacks and treasures such as the Baseball Hall of Fame in Cooperstown and the Corning Museum of Glass. New York State offers diverse activities for all: outdoor fun - snowmobiling, skiing and snowboarding, fishing, hiking and boating, year-round festivals and exploring the rich history and culture of one of the 13 original colonies. Visitors also enjoy the fine cuisine, beverage trails and farm-to-table fresh foods. For more information on New York State’s rich history, visit paththroughhistory.iloveny.com. Information on all tourism attractions is available at iloveny.com.