A.G. Schneiderman Announces Over $13.5 Million Recovered For Individuals Through Consumer Assistance Program Since 2011 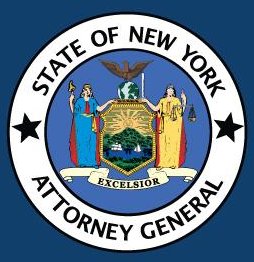 Attorney General Eric T. Schneiderman today announced that since January 2011, his office has helped over 17,000 people successfully resolve their consumer complaints. This includes recovering over $13.5 million in refunds and other relief for over 12,000 of these consumers through his agency’s Consumer Assistance Program. These figures were released as part of a new report – Fighting Fraud in New York:  One Consumer at a Time – that highlights the office’s efforts to recover funds for individual consumers. The report, released to coincide with national Consumer Protection Week, also indicates that the program has resulted in an average per complaint recovery of $1,107.  This is in addition to the litigation and other enforcement actions that have resulted in a record of over $1.8 billion in consumer relief obtained by the Consumer Frauds Bureau since 2011.
“Every year, my office receives thousands of complaints from consumers across New York State and the country who believe they have been scammed or defrauded, and we take every complaint seriously,” said Attorney General Schneiderman. “As today’s report shows, my office has obtained over $13.5 million in refunds and other relief for over 17,000 consumers since 2011. I would encourage any New Yorker who believes they have been scammed to file a complaint with my office and to see how we can help.”
The report indicates that Attorney General Schneiderman’s Office receives thousands of consumer complaints each year from every corner of the state. Complaints, spanning a range of industries and categories, have varied from seniors being scammed on loan modification services to threatening and illegal debt collection practices. This year, the areas that have generated the most emails, calls, and letters to the office include:
While consumer complaints have been received from every part of the state, the top five regions for consumer recoveries are:
The internet has fundamentally changed how consumers do business, providing them with a level of convenience and access once unimaginable. However, the internet has also made it easier for scammers to gain an upper hand. With 5,524 submissions in 2014, the Attorney General’s Internet Bureau saw a 21% uptick in consumer tips and complaints from 2013, many of which were related to scams. The office has issued two recent consumer alerts around trending internet scams. One is a fake court appearance and debt collection notice scam where scammers issue realistic-looking notices to appear in court or attempt to collect on a bogus debt – sometimes even claiming to be from the New York Attorney General’s Office. This scam has involved phony emails, phone calls, and letters sent through traditional mail. A second is a fake tech support scam where fraudsters email or call unsuspecting consumers, posing as technical support, claiming that they’ve identified malware or viruses running on your personal computer. These scammers are attempting to gain access and control of users’ computers.
The Attorney General’s Office has also focused on helping consumers by aiding struggling homeowners in the aftermath of the foreclosure crisis that started in 2008. Numerous consumers have reported unscrupulous companies and individuals aggressively targeting them with advertisements misrepresenting the company’s ability to help homeowners at risk of foreclosure. To help combat these companies, who often collect thousands of dollars in up-front fees but fail to provide the promised help, Attorney General Schneiderman has undertaken several initiatives that have helped consumers:
The Consumer Frauds and Internet Bureaus exist to help consumers who have fallen victim to scams, but there are some tips consumers can follow to help avoid becoming a victim:
The full report can be viewed online here.
Consumers who believe they have been the target of a scam or have been mistreated in the marketplace may file a complaint with the Attorney General’s Office online by visiting www.ag.ny.gov or by calling the Consumer Helpline at 1-800-771-7755.