Attorney General Eric T. Schneiderman today released a statement following the release of new guidelines from the Department of Human and Health Services for insurance coverage of contraception. 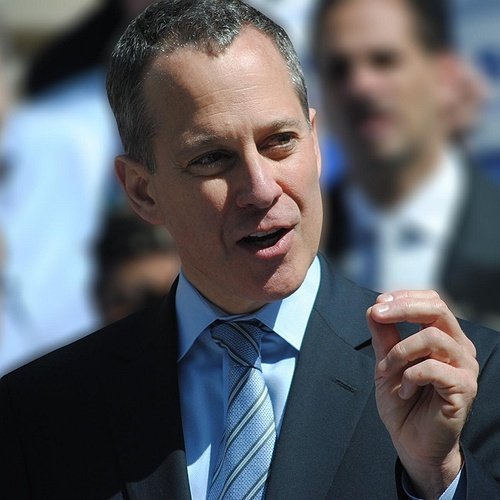 Photo by: Office of the Attorney General's Facebook page.

Albany, NY - May 12, 2015 - Attorney General Eric T. Schneiderman today released the following statement on the release of new guidelines from the Department of Human and Health Services for insurance coverage of contraception:

"I applaud the Obama administration for releasing guidelines clarifying the Affordable Care Act’s guarantee of affordable access to contraception for all Americans. This issue is of deep concern to my office, which sent letters last week to eleven major health insurance providers in response to reports that some women are being subjected to co-pays or even outright denied coverage through so-called "utilization reviews" under their insurance plans.

"On Monday, I proposed legislation to address this issue, the Comprehensive Contraception Coverage Act of 2015, which would codify and enhance the guidelines of the Affordable Care Act in several ways. The legislation would guarantee comprehensive, cost-free access to birth control for New Yorkers by requiring state-governed health insurance plans to cover all FDA-approved methods of birth control, while also prohibiting insurance companies from limiting coverage via utilization reviews. The bill would also go beyond the guidelines released today by the Department of Health and Human Services by allowing for the provision of twelve months’ worth of contraception at a single time and expanding insurance coverage to cover both women and men alike. I look forward to continuing our work with my partners in state and federal government to ensure that all Americans have full, cost-free access to the contraceptive methods of their choice."