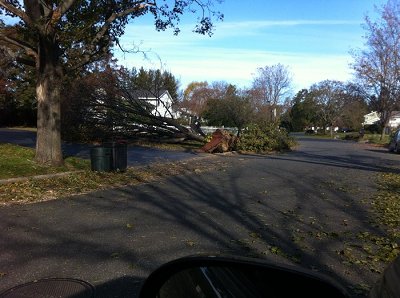 U.S. Senator Charles E. Schumer today stood with homeowners and the Long Island Housing Partnership (LIHP) to criticize insurance companies for dropping Long Island homeowners’ coverage after Superstorm Sandy, even on homes not damaged by the storm. Recently, Schumer’s office has been receiving dozens of complaints from constituents saying that their homeowners’ insurance policies have been cancelled  by carriers; many of these constituents have had these policies for years with no claims, and many had no storm damage.

Long Islanders already have limited homeowners’ insurance options: Allstate, State Farm  and Liberty Mutual issue the vast majority of policies on Long Island, and all three have been  withdrawing  from the Long Island market. Homeowners are now being forced to purchase policies from the “excess lines” market which is often two- to three-times as costly as policies in the “standard market,” and generally offer less favorable terms. Schumer today urged these three insurance companies to reverse their decisions to cancel these homeowners’ policies, and urged the Federal Emergency Management Agency (FEMA) to penalize them if they don't by limiting or prohibiting their participation in the National Flood Insurance Program, which is operated by FEMA.

All three companies participate in the lucrative National Flood Insurance Program, where they sell insurance policies for a fee and pass on the risk to the government.  Schumer said that unless they change course and continue to insure Long Islanders, FEMA should reduce their fees, limit their participation or prevent them from participating altogether. Schumer will note that by denying homeowners coverage, the insurance companies are driving up the cost of insurance for homeowners, which will lead many to drop coverage altogether, increasing the risk to the federal government when responding to the next disaster.

“It’s bad enough that homeowner insurance policies are limited on Long Island, but now – with precious little  justification – policies are being dropped left and right, even for those who paid all their bill on time and had little-to-no storm damage” said Schumer. “Many of these homeowners were not even affected by Superstorm Sandy and now they’re being forced into extremely expensive plans. These insurance companies should not leave Long Island families and the federal government holding the bag and so today I am urging them to put a stop to these policy cancellations.”

“It is important for homeowners on Long Island to have the ability to secure and maintain quality affordable homeowners insurance for their  home,” said Peter Elkowitz, President/CEO of the Long Island Housing Partnership, Inc.(LIHP).

LIHP has seen an increase in standard companies taking advantage of non-renewal rights, which means that homeowners must seek insurance policies in the excess market. This market is priced two- to three-times higher than the standard markets. Insurance companies have been steadily withdrawing from Long Island for years (beginning in the aftermath of Hurricane Katrina), but the pace of the withdrawal had slowed in recent years. Evidence from the excess lines market, however, indicates that withdrawals are increasing again in the wake of Superstorm Sandy. In the first five months of this year alone, homeowners have taken out over 3,700 new polices, well ahead of last year’s pace.

Schumer’s office has received complaints from homeowners in areas including Oceanside, West Babylon and Southold. One specific complaint came from Founders Village which is home to 92 senior units. The premiums at Founders Village have gone from approximately $32,000 to $86,000 even though they did not file claims after Hurricane Lee, Irene or Sandy.

Schumer today wrote to FEMA, urging the Agency to penalize the major insurance companies that have dropped policies on Long Island and other disaster-prone areas. In the case of insurance carriers who participate in FEMA’s National Flood Insurance Program, FEMA should reduce their fees, or limit their participation on the program. In especially egregious cases, FEMA could prohibit their participation altogether, Schumer said. When insurance carriers withdraw from disaster-prone areas like Long Island, they raise the cost of insurance to homeowners, forcing them into policies with less generous coverage and leading many to drop coverage altogether. The result for FEMA is that there will be greater uninsured losses in the next disaster, leaving greater costs to be borne by already-strained federal disaster aid funds. Accordingly, Schumer argued, it is in FEMA’s interest to discourage the withdrawal of major carriers from disaster-prone areas.

I am writing to express my grave concern regarding the ongoing withdrawal of major insurance carriers from the Long Island market, and to urge the Federal Emergency Management Agency to take prompt action to discourage this and similar withdrawals. It is within  FEMA's authority, and in FEMA's interest, to discourage carriers from withdrawing from disaster-prone areas. As promptly as practicable, FEMA should prohibit carriers who withdraw from these markets from participating in FEMA's National Flood Insurance Program as "write your own" carriers.

As resilient Long Islanders return to their homes to rebuild, their insurance carriers are running the other way. My office has been inundated with phone calls from Long Islanders whose insurance companies are turning their backs on them- in some cases, homeowners who have had policies with the same carrier for decades, and never had an insurance claim are being told their policies will not be renewed.

The homeowners’ insurance options on Long Island are already extremely limited. The loss of insurance coverage is forcing homeowners into the "excess lines" market where middle class homeowners are often paying double the premiums for less coverage. The three major carriers on Long Island, Allstate, State Farm and Liberty Mutual, are refusing to write new polices and increasingly declining to renew existing policies.

This trend started well before Superstorm Sandy hit last year, but appears to have gained momentum in the aftermath of Sandy. Data from the "excess and surplus lines" segment of the market indicates that more and more homeowners are being forced to sign up for these policies, which are more expensive and provide less coverage than standard policies. The number of new policies in the excess lines market has sky rocketed over the last decade. In the first five months of this year alone, homeowners have taken out over 3,700 new polices, well ahead of last year’s pace. The average premium on new excess lines polices this year is over $2,500, with the most expensive premiums averaging over $20,000.

Even homeowners not affected by Superstorm Sandy are seeing their carriers decline to renew their policies, forcing them into the excess lines market. This will lead many homeowners to conclude insurance is simply not worth the cost, and they will go without insurance altogether. In the event of another major disaster, FEMA would be faced with higher demands for disaster assistance, as would other federal responders. Accordingly, FEMA has a keen interest in persuading private insurers to maintain their share of the risk in these markets.

The insurance industry has a responsibility to guarantee a financial cushion for those in a time of need, and plays a critical role in absorbing some of the risk of natural disasters so the entire burden is not covered by taxpayers. Yet, insurance companies are walking away from those responsibilities.

Therefore, I respectfully urge you to review the withdrawal of major insurance carriers from Long Island and other disaster-prone areas. Because these withdrawals can increase the risk to the federal government in the event of a natural disaster, FEMA should restrict of prohibit insurers engaged in such withdrawals from participating in the National Flood Insurance Program. Carriers who participate in NFIP's "write your own" program receive generous fees from FEMA in exchange for merely selling the policies -- all of the risk is underwritten by the federal government. Insurers whose actions increase the risk borne by FEMA should have their fees for participating in the write your own program reduced, have their participation in the program limited, or in severe cases even terminated altogether.

Insurance companies should not abandon New Yorkers as they try to stabilize their neighborhoods in the wake of Superstorm Sandy, and FEMA should not make it easier for them to do so by allowing them to continue to profit from participation in the write your own program.

I appreciate your prompt attention to this matter and look forward to working with you to ensure Long Islanders and the federal government are not left holding the bag.

Update: In a statement issued by Allstate, a representative said the following:
“Allstate is currently writing homeowners policies on Long Island and throughout New York and we are committed to serving the insurance needs of New Yorkers.”